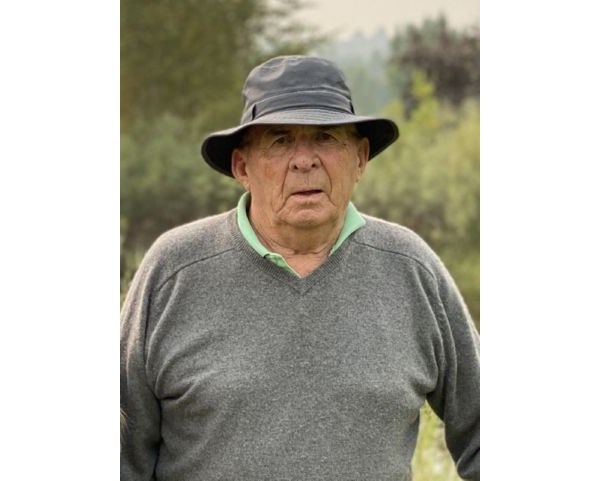 William Gray Steinbrenner III passed away peacefully at Community Hospital on July 18, 2022 after a short illness. “Bill” was surrounded by his children. True to his nature, until his death, he made the community hospital’s extraordinary medical attendants laugh at his witty comebacks and were inspired by his many history lessons and tales of his treasured hunting, fishing, and backpacking spots in Montana.

Bill was born in 1936 to William D. and Geraldine Gray Steinbrenner. A fourth-generation Missoulian, he had a deep love for his hometown and maintained lifelong relationships with his friends in the Bonn Park neighborhood. Bill attended Paxson Elementary School and Missoula County High School. He was considered an exceptional football player. However, he suffered a concussion while playing a game at Butte, and although it ended his football vocation, he was chosen as the honorary captain of the west team at the annual East-West Shrine Game. Although his children all attended Hellgate High School, he felt the need to relive the glory days of the Missoula County High School Spartans, who won state championships in the 1950s.

Bill’s father and grandfather owned Highlander Brewing Company, and Bill worked for Highlander Brewery throughout his high school and college years. He attended the University of Montana and graduated with degrees in business administration and teaching. He enlisted in ROTC and served two years in the US Army as a second lieutenant at Fort Gordon in Augusta, Georgia. He was discharged from the Army Reserve as a captain in 1968. Bill’s father, William Steinbrenner, II, earned a Purple Heart during World War II. It was a very moving experience for Bill as he, along with other family members, was able to trace his father’s footsteps to where his father was shot dead in France. Bill was very passionate about his family’s military service and remained a loyal recruiter for ROTC.

Bill taught at Cold Springs School for three years. He then became a very respected stockbroker for several companies, including serving as Vice President/Financial Advisor to SmithBarney and Shearson Lehman Brothers. He has served loyal clients throughout Montana, Idaho and Washington. Throughout Bill’s years of service and retirement, he always wore his Mickey Mouse watch as a constant reminder not to take himself too seriously, that growing old was mandatory and growing up was optional.

He was a very proud and active member of Sigma Nu Fraternity, Sentinel Kiwanis Club, UM Alumni Association, Ducks Unlimited, Westslope Chapter of Trout Unlimited and Pheasants Forever. He was a life member of the Holy Spirit Episcopal Church. Bill has been very active in Missoula’s handball community and has been an extremely loyal patron of the Snowbowl, Marshall and Discovery ski areas.

Bill was passionate about enjoying all things bright and beautiful and all creatures big and small. He was the “Fearless Leader” for his children, grandchildren, and a long line of friends and family members, teaching us to ski, bike, fish, hunt, float, swim, hike, and backpack the mountains and rivers of Montana. He led a plethora of expeditions for anyone foolish enough to follow him to their favorite places, including the Bob Marshall Wilderness, the Bitterroot Selway, Ninepipes, the Blackfoot River, and Big Sky Lake. Another morning, waking up in the wilderness, Bill could often be heard saying, “It’s just another ho hum day in paradise.” feed.

Bill had three favorite holidays which he originally celebrated with his father and then in later years made extensive plans to celebrate with his children and grandchildren: Opening Day of Fishing, Opening Day of Fowl Hunting and Opening Day of Big Game Hunting. Bill lived to expose people to the possible and to see them stretching out of their comfort zone to explore and fall in love with Montana in all its god given glory.

Bill loved his sister Holly Caraway (who preceded him in death along with her husband Herb). Bill remained very close to his sister-in-law Sharon Weldon and her husband Fred, Bill’s lifelong friend. Bill loved being an uncle to all of his nieces and nephews including Herb Caraway, Audrey Worthington (children Bryce, Blaine and Brooklyn), Bill Fine (wife Gloria and children Fernando, Benji and Lucas), Greg Fine and Tom Weldon (wife Janet and children Mitch and Sam).

Of all of Bill’s many titles, “Grampy” was his most treasured. Grampy was frequently the character of choice in many childhood essays written by his grandchildren about the most influential person in their lives. The following are excerpts from these essays on “Grampy” by Kjel Olson and Josilyn Olson Ovenell:

“Grampy taught me some necessary life skills. The most important thing he taught me was definitely how to properly wield a goose with a 12 gauge shotgun. For as long as I can remember, Grampy has taken me to a place we like to call “The Duck Shack.” This is a place we own right next to NinePipes, which is a phenomenal place to hunt ducks or geese. Even as a young hunter unable to carry my own gun grampy would take me up there and let me sit in the goose pit with him he would tell me stories tips lessons about hunting why I joined the army should go or whatever else was on his mind.Grampy tells me that the Golden Rule, which he has edited slightly into, is the most important.He tells me that “he who has the gold makes the rules.”He assures me that he has the most gold.” (Kjel Olson, 2001)

“My grandfather is one of those guys who has a ten-year-old’s sense of humor. He is very childish at times, so it is always a pleasure to be with him. He is always entertaining and allowed to plan our family events. He loves the feeling of being the leader, the person able to take responsibility for the group. Normally older people can’t relate to children because of the age difference, but for me I don’t see any age difference between Grampy and me. In my eyes he is still a child. Grampy is also mysterious at times. You never know what he’ll come up with or what he’ll say. It is like a gift ready to be unwrapped (Josilyn Olson Ovenell, 2012). 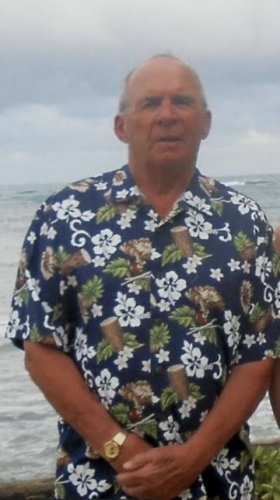