ST. JOHN’S, NL — For example, Walters retired as leader of the Community Food Sharing Association on July 8 after 30 years with the nonprofit organization.

His heart was still in it, his mind was still focused on it and his determination to keep the organization strong and get food on the tables of those on their good fortune was as gripping in him as ever.

Parkinson’s disease made the decision for him. Walters was diagnosed with the neurodegenerative disease about 15 years ago.

He bravely persevered each day while the symptoms slowly progressed, but this summer the effects on his voice and mobility began to limit his options.

“My health had gotten to a point where I just couldn’t serve in the capacity that I’ve had for the past 30 years,” Walters said on Friday, July 22, his voice strained and weak. “I’m still mobile, but it’s just getting too exhausting for my body to keep pushing like I’ve been doing.” 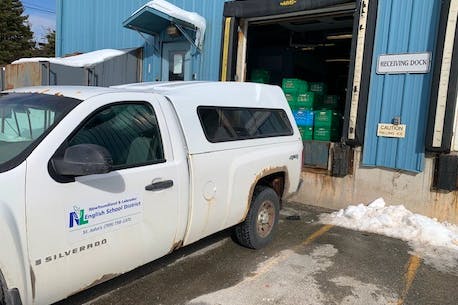 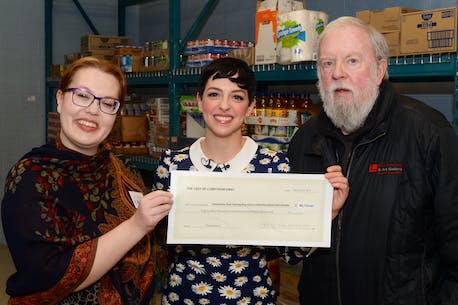 When Walters started at the club, things were just getting started. He recalls that on his first day he only had “a desk, a chair, a telephone and a phone book”.

He began making calls and socializing to receive food donations and distribute them to food banks across the province. He said they now have long and valued relationships with companies and individuals.

“We started slow and it grew from there. It’s like planting a seed. You pour some water on it and next you get a flower. And that’s probably where we are today,” Walters said.

“We raised and distributed approximately $18 million worth of food last year and served 55 food banks across the province.”

Walters’ father was a member of the Royal Navy during World War II and his grandfather was a Newfoundland seal captain.

So sailing is in his blood, he said.

He had his first boat when he was about six years old – a 14-foot speedboat that his father had built for him.

In 2002, Walters was contacted by renowned powerboat sailor and adventurer Alan Priddy, who was attempting to circumnavigate the world in a 10 meter RIB (Rigid Inflatable Boat), the Spirit of Cardiff. The boat would stop at St. John’s and Priddy asked Walters if he would be her point man in town.

“I lined up provisions, fuel and anything else they needed,” Walters said. “They were only in and out of port about two hours.”

The next summer, Walters joined the crew to sail the boat back to England as a fundraiser for the Community Food Sharing Association and the UK’s Make a Wish Foundation. The voyage was also an attempt to cross the Atlantic in less than 100 hours to set a new record for the fastest transatlantic crossing on a RIB.

The RIB has been refurbished and renamed The Jolly Sailer.

“Cruising from St. John’s to England in a 10-metre powerboat was certainly a challenge, but I agreed,” said Walters. “I was definitely interested.”

Despite some poor weather conditions off Greenland and Iceland, the voyage was a success but failed to set a new world record.

Priddy then told Walters he wanted to bring the boat back to St. John’s in 2004, where Walters could use it to fundraise for the club.

Walters was part of the crew that brought the boat back in the summer of 2004 when the ship was struck by a breakaway wave about 220 miles southeast of Iceland.

“The bow of the boat was ripped off,” Walters said. “We were lucky that it was a RIB boat because it was surrounded by a big rubber tube like a zodiac and that kept us afloat. We stood up to our knees in freezing water and waited for rescue. Every time a wave hit there was another tear… the rubber tore a little more so we were quite worried when the Scottish Coastguard located us.”

The crew was flown safely from the wreck.

“Even remembering it now, all the hairs on my arms stand on end,” says Walters. “It was certainly a character builder.”

In 2007, Walters accompanied Priddy to Australia where they took underprivileged children on week-long sailing adventures.

After the first leg of a ride, Walters sensed something was wrong.

“I found my balance wasn’t quite right,” he said.

Some time later, back in St. John’s, he was diagnosed with Parkinson’s disease.

“No matter how bad you are, there’s always someone a little worse off.”
— e.g. Walters

In the years since his diagnosis, Walters has maintained a positive attitude and continued to work, enduring the symptoms of the disease.

“No matter how bad you are, there’s always someone who’s a little worse off,” he said.

On bad days, he thought about an elderly man he shared an elevator with in the 1990s.

“I had made a comment complaining about the weather,” Walters said. “(This man) was wearing a tuxedo and a black bow tie, and in his right hand he had a small handkerchief and he was wiping the side of his mouth. He had suffered a stroke. As he shuffled out of the elevator, he turned and said to me, ‘Son, every day that you live is a good day, just some days are better than others.’ And that’s something I’ve thought about over the years that’s motivated me.”

future of the panels

Walters said the past three or four years have been stressful for the association. Like other organizations it was affected by Snowmageddon and the COVID-19 pandemic, but also by the loss of its warehouse and inventory due to a fire in 2019.

When asked about some things that have stood out in his 30 years at the Community Food Sharing Association, one incident comes to mind.

“Our funding got very low, to the point where we were almost out of money in our bank account,” Walters said. “And we got a call from the Canadian Coast Guard. They had towed an American yacht into St John’s harbor after it ran into trouble offshore. The owner of the boat offered the Coast Guard a $10,000 check to save the boat. And the Coast Guard said they couldn’t take it, but he could give it to the board. So we got a check for $10,000 – about $13,000 Canadian – at a time when we had no money in the bank and didn’t know what to do. I always say all you have to do is keep believing and something good will happen.”

Walters says his hope for the future of the club – which he believes is in good hands under new chief executive Tina Bishop – is that support from the business community, individuals and government continues.

“You’ve got to have something to hold on to — I’m holding on to that now,” Walters said. “I have no doubt that it will continue. I hope so.”