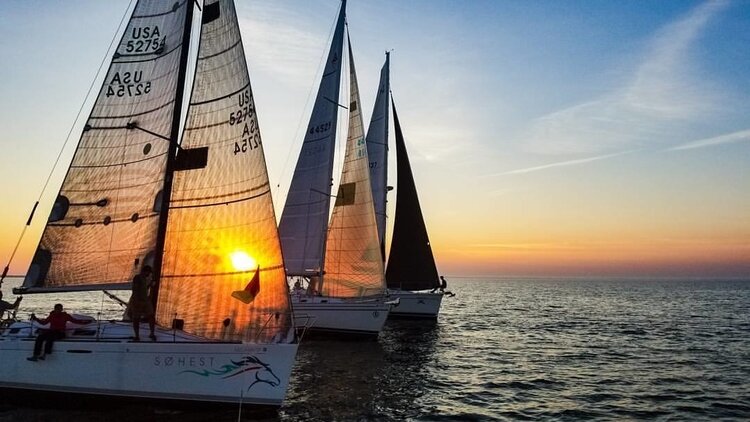 Ben Tierney is Director of Communications and Family Engagement for Bay City Public Schools and is a regular contributor to Issue Media Group publications. He has been active in sailboat racing in Saginaw Bay since 2010. The following story is a first-hand account of his experience with the Bay City Yacht Club’s Wednesday Night Main & Jib Series.

In the spring of 2010, a family member announced that he had bought a boat. As a then 20-year-old adrenaline junkie, I envisioned myself jetting around inland lakes: wakeboarding, tubing, and a roaring engine capable of creating waves big enough to throw friends out of that tube. 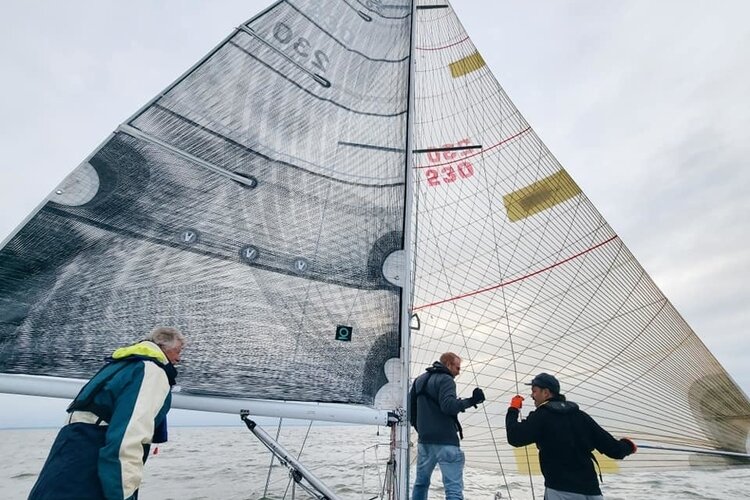 The Sharon Kaye crew sails downwind during a recent Main & Jib raceInstead, he proudly showed us a picture of a sailboat called the Wampum: a nearly 38-foot vessel built in 1978. Having never sailed before, I remember groaning inwardly at how slow this 6,000 pound behemoth must be compared to a powerboat. I reluctantly joined the crew for the new owner’s maiden voyage in Saginaw Bay. As I set foot from the dock to the deck, I struggled further to understand why anyone would forego modern energy in favor of a maze of conduits and devices that seemed to require an advanced degree to operate.

The mostly novice crew eventually managed to hoist the mainsail and the owner and helmsman cut the engine. Be silent. From the moment this boat switched from diesel to wind powered it was about ten seconds before I fell in love with sailing and made an effort to learn everything I could about it. 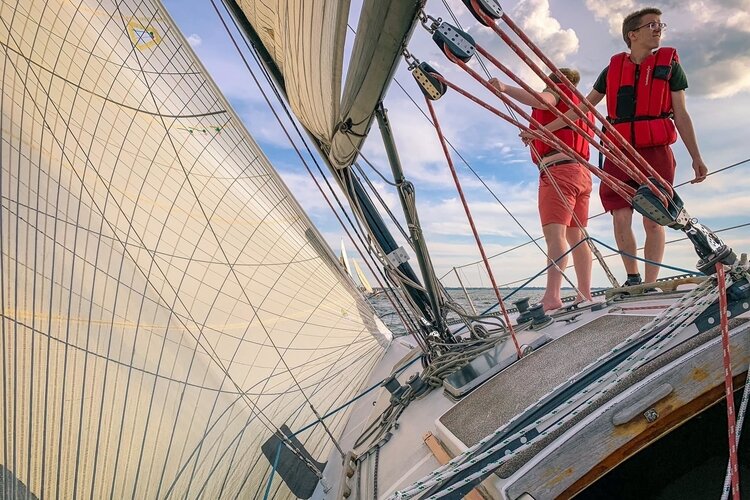 The Wampum crew sails by weather at a Main & Fock race.As we silently crossed a Great Lake using a method of transportation invented in ancient Egypt (with some improvements since then), the thrill hit me like a rogue wave. Then I was invited to man the boat during a race and the new found love for sailing combined with a competitive nature has been used ever since. All scruples of boredom are gone – sailboat racing offers some of the most heartbreaking moments you will ever find.

If you’ve ever looked out over Saginaw Bay on a Wednesday evening between May and early October, you’ve seen the 20 or so sailboats jostling for position as they raced for their markers. While the Bay City Yacht Club touts its Main & Fock Series as a less competitive take on its weekend races, I’ve never seen a crew in 12 years take that to heart. Winning is the goal.

Wampum crosses the finish line in a recent Main & Jib race.“Main & Jib” refers to the two main sails on these boats – the main is the larger of the two, connected to the mast. The jib is a headsail that sits forward of the mainsail and is controlled very differently, requiring the attention of the majority of the crew. Sailboats of this size can employ a variety of other headsails, but the appeal of main & jib racing lies in its simplicity: sailors focus on navigating the course as quickly as possible with the power of just two sails.

Traveling through the Saginaw River into the mouth of the bay, you will eventually encounter one of nine racing buoys. Eight of these are spread out in an octagon, with the ninth, right in the middle, serving as the start and finish point. Depending on the wind direction, three points are chosen as the race track. The teams gather around the starting buoy before the air horn sounds at 7:05 p.m., signaling the start of the race, which usually lasts around an hour. 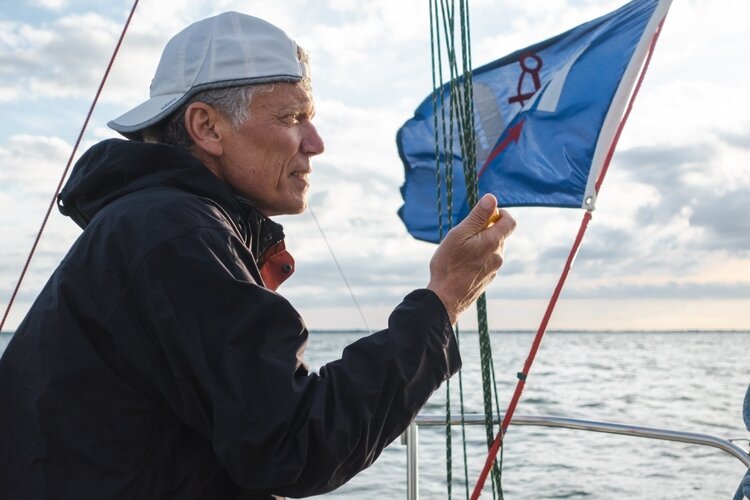 Sharon Kaye skipper Jim Ferency follows race times during a recent Main & Fock race.The first of three legs of the race is referred to as the weather leg, when the wind is at its most favorable and the sails are in full force. With enough wind, the boat can heel (tilt) to the point where the wall becomes the bottom. A good crew will keep safety in mind and make room for each other to do the various tasks: hemming the headsail, raising or lowering the mainsheet on the traveller, looping in the line for the jib sheet, “reading” the sails. and adjustments and a seemingly endless array of other tasks, all of which must be completed quickly and accurately if there is any hope of victory.

The thrill is part of the appeal, but my favorite moments come between the action. Enjoying a sunset while sailing upwind on the final leg, slowly overtaking another boat and realizing you must be doing something right, post race chats with the crew. 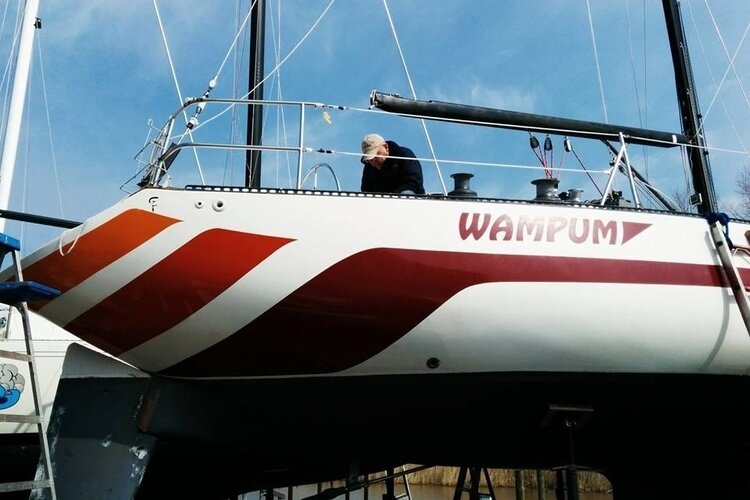 The wampum crew prepares the boat for the race.Twelve years later, Wampum is still racing in the Wednesday Night Main & Jib Series. I now accompany Sharon Kaye, a J 29 built the same year I was born – 1985. Although sailing doesn’t really require an advanced degree, many years after my first experience I still feel like an amateur. There is always something new to learn, a challenge to overcome and a skill to improve – sailing is in many ways analogous to life.

Bay City Yacht Club offers a variety of educational opportunities for sailors of all levels and those interested in sailing or other boating activities can visit www.baycityyachtclub.com for more information.