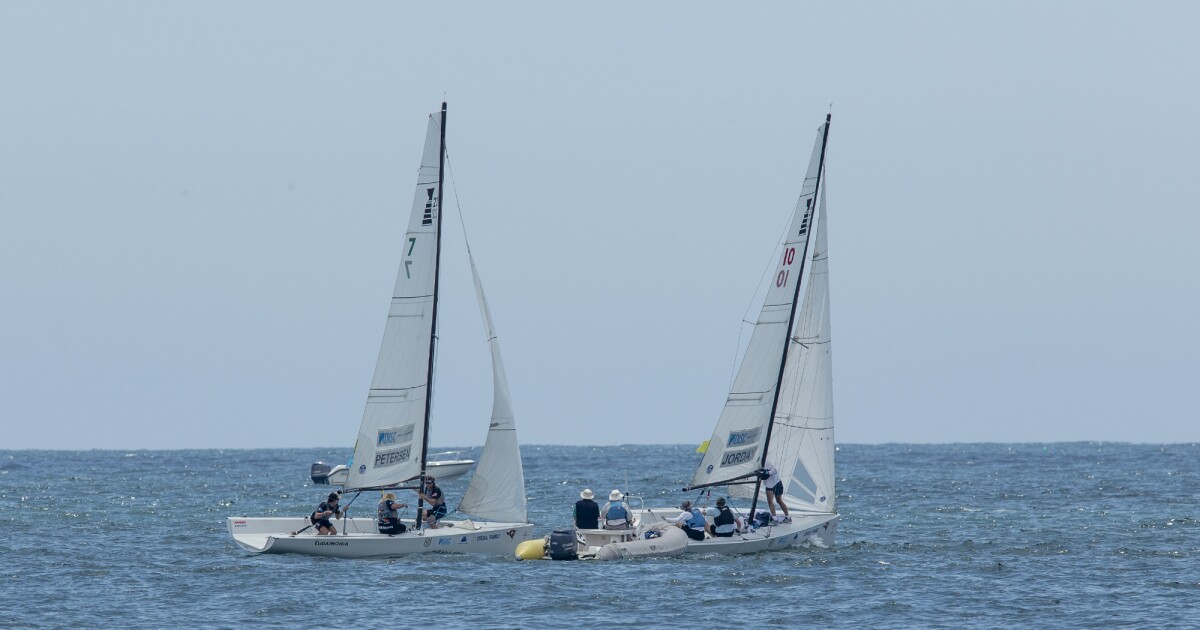 If Jeffrey Petersen started writing an autobiography, he would have some great adventures to tell.

Just a few days ago, Petersen found himself in Pornichet, France, where he became the newly crowned winner of the Youth Match Racing World Championship.

There was no rest for Petersen and his crew as they arrived Monday for their only day of training ahead of the Governor’s Cup, the international youth match racing regatta hosted annually by the Balboa Yacht Club in Newport Beach.

An intercontinental flight and little sleep didn’t take the wind out of Petersen’s sails.

Petersen, a 20-year-old skipper who sails from Balboa Yacht Club, caused a stir at the host club last year when he won the Governor’s Cup just a year after graduating from Mater Dei High School.

Your experience has paid off. Petersen had won 12 of 13 flights over two days just after halftime in the double round robin.

“The biggest thing we’re getting going for us right now is just being at home with our team and our experience on the boats and in the local waters,” said Petersen on Thursday morning before the third day of the event. “We just got back from France on Monday. We flew in from France, landed at 3pm, went to sleep, woke up and started the Governor’s Cup.

“Although we were a bit jet lagged we were also fresh from a World Championship win so we came with the exact same team that we sailed with last year and we only spent a week racing and then we get into these boats . We just work really well together.”

The 55th annual Governor’s Cup features 12 teams from five countries. The American contingent includes Morgan Pinckney (17) from Newport Harbor Yacht Club and Porter Kavle from Eastport Yacht Club, both of whom were semifinalists a year ago.

After the coronavirus pandemic wreaked havoc in the form of travel restrictions last year, representation on the international teams is looking a little more familiar with the return of Australia and New Zealand.

Will Sargent, Cole Tapper and Marcello Torre represent Australia. Tapper sails with his older brother Finn, who previously competed in the Governor’s Cup as a skipper.

Petersen, who secured a spot in the semifinals on Thursday with a 15-3 record after 18th flight of 22 in the double round robin, is among a group of teams competing in the Youth Match Racing World Championship and the Governor’s Cup participate in back-back weeks.

Westerlind, Tapper and McCutcheon also had to fly across the Atlantic to sail in the Pacific after participating in the World Championship.

“It is a testament to the quality of the regatta that Balboa Yacht Club is hosting to see four teams willing to undertake 16 hours of immediate travel and nine hours of time difference to get straight back to sailing,” said Petersen. “It speaks to the competitors in the field and how competitive they are and how willing they are to race and willing to risk everything, including their bodies, to compete.

“I think that really speaks to the … character and quality of the contestants at this year’s Governor’s Cup. … It just goes to show that the Governor’s Cup really is one of the pinnacles of youth match racing in the world, so there are so many people who want to attend that they are willing to do so just for the chance to to put to sea at this event.”

Stevenson went unbeaten in six flights Thursday and secured a semifinal berth with a 14-5 record in 19 flights. Egan (12 wins) is third, Westerlind (11) is fourth and Sargent (10) leads the chasing group with three races left.

Support our sports coverage by becoming a digital subscriber.