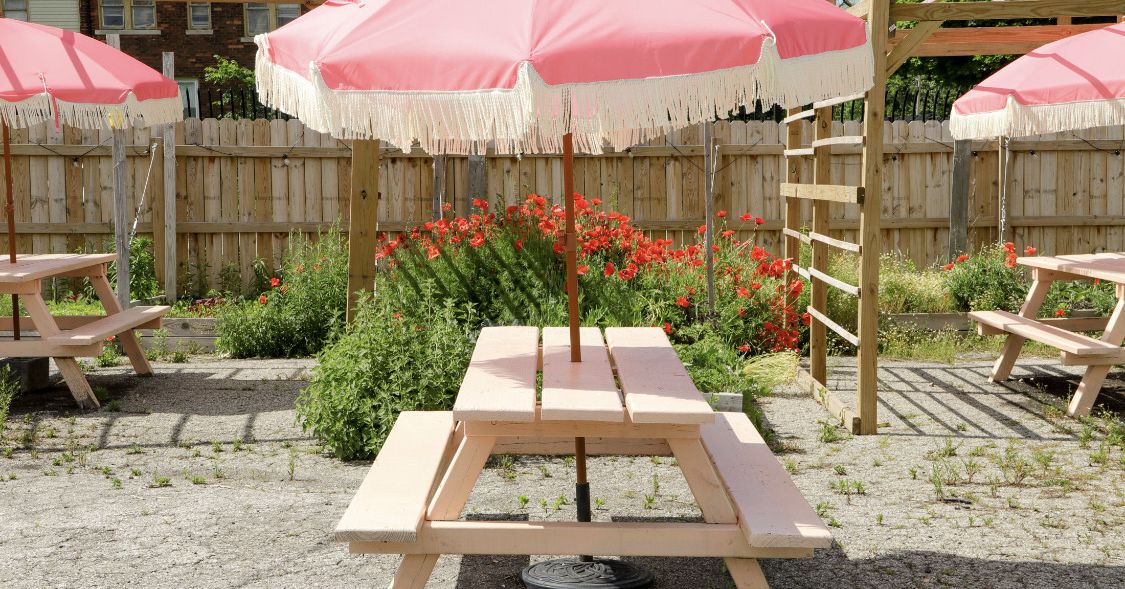 The patio season has taken on a whole new meaning since the outbreak of the pandemic.

Pivot point. Pan again. Rethinking, replanning and rearranging. That’s the sometimes stressful reality for restaurant owners and employees. But this flexibility brings creative possibilities for staff as well as exciting new changes for guests. That’s why many business owners also welcomed the news that the Detroit City Council extended its temporary al fresco dining expansion in March. Through November 2022, Detroit bars and restaurants will be allowed to maintain seating and serving space in parking lots, parking lots, and some streets.

For many business owners, the ability to take advantage of the outdoor space is a lifeline. Outdoor expansion into parking lots and sidewalks has allowed restaurants like Mootz Pizzeria, Rose’s Fine Food, Second Best and Besa to increase capacity while maintaining social distancing during the many waves of COVID.

In February 2020, Bedrock donated some outdoor propane gas heaters to its tenant Mootz Pizzeria and Bar on Library Street near popular downtown Belt Alley. At the time, it seemed like a nice but small gesture to Mootz’s operating partner, Lisa Walters. Then the pandemic hit, and that simple kindness became an absolute necessity.

“Our patio changed everything,” says Walters. “This terrace has been full since we opened it.”

“We had considered a patio, but it was a thing that was put on hold,” says Walters. “It was something we wanted to do, but it wasn’t a priority until COVID hit.” Even after restaurants and bars were allowed to reopen, Walters found that many of her diners still felt most comfortable outdoors. Walters and his staff have continued to improve the outdoor seating, adding speakers, a rain-shedding awning, fans, and dozens of planter baskets that add an inviting pop of color.

“Our patio changed everything,” says Walters. “This terrace has been full since we opened it.”

Molly Mitchell, owner of Rose’s Fine Food on the east side of town, agrees that some diners are still hesitant when it comes to indoor dining. “There are so many ongoing surges and issues with a pandemic that many people are still uncomfortable eating at a restaurant,” she says.

To make her guests more comfortable and take advantage of her outdoor space, Mitchell has gradually transformed the restaurant’s parking lot into a garden and dining terrace. Working with agricultural consultant Root to Bloom, Mitchell planted vegetables and herbs six feet between the space’s picnic tables. This served a dual purpose: while the produce for the restaurant was being grown, the garden beds also created a six-foot space between tables. Like the patio at Mootz, the outdoor space at Rose’s is constantly evolving: Abundantly blooming blooms are replenished throughout the year, and the vegetable garden offers a lush green contrast to the brightly colored picnic tables scattered across the white gravel.

Mitchell says the outdoor changes reflect the radical transformation of the business itself over the past two years. “I accidentally opened a new business,” she says. Rose’s of 2022 differs dramatically from Rose’s, which opened in 2014.

Not only does she pour resources into al fresco dining, but she also credits the restaurant’s bread and wine club for being responsive to community needs and providing sustainable funding. “It was like a million small steps,” says Mitchell, “but we maintained our ethos of doing everything ourselves and giving everyone a living wage.”

For Gerti Begaj, managing partner of Besa in the city center, keeping his employees busy during the pandemic was also high on his list of priorities. “The first shutdown affected the entire workforce,” he says. “We love what we do and we want to be a part of people’s celebrations.” That prompted him to install pergolas for dining on the side of the restaurant, just off Congress Street. The pergolas were softly lit and enclosed on multiple sides, providing an intimate retreat from the busy downtown streets. “Even though there were only four pergolas, the ability to have these kept some of us going back to this reasonably normal routine for at least a few days a week,” he says. The pergolas were erected in December 2020 after a restaurant closure in November 2020 convinced him he needed al fresco dining to keep his business going.

This investment has paid off for Begaj. “I don’t think there was a single day that we didn’t have all four pergolas seated at least twice,” he says. He also credits the restaurant’s pergolas and patio, which were part of the 2018 opening design, for keeping his kitchen appliances tidy. The equipment in his restaurant is designed to be used 14 to 16 hours a day; Turning off the device for a long time can be harmful. “If you happen to stop using it for three [or] four months,” he says, “and if you want to boot it up 16 hours a day, this device isn’t going to respond the way you want it to.”

Begaj kept the pergolas until the summer of 2021, then withdrew them but continued to use the restaurant’s existing terrace. He removed the pergolas because guests aren’t always comfortable sitting on the street, he says. Still, Begaj says the pergolas were a necessary and welcome addition to the restaurant while they were there. “It was nice to be out on that corner and hear people laughing and cheering and enjoying a good meal,” he says.

Corey Clavet, bartender at Second Best in Brush Park, notes that not only are guests more comfortable dining al fresco — weather permitting — but the outdoor gatherings in Second Best’s parking lot have the creativity and planning inspired by the employees there. Second Best shares a parking lot with the ACLU. When ACLU employees were mostly working from home, they allowed Second Best to use their parking lots for events including food truck rallies, kids pool parties and the Barking Lot dog party. “The initial goal in 2020 was to host an event where people could still social distance, still hang out with their group of people, and still go out and party like it wasn’t [the] in the middle of a pandemic,” she says. “People still love it and we get a huge turnout every time we do an outdoor event.”

Restaurant profit margins average less than 5 percent; That means adding just a few seats to attract guests has the potential to make a big difference. Patio season can make or break a restaurant’s annual budget, pandemic or non-pandemic, and despite Michigan’s unsettled weather. Alfresco dining boosts profit margins — Walters notes that Mootz seats 99 people indoors and adds 26 seats to the patio, increasing their capacity by 25 percent. So it’s good news that everyone Eater spoke to agreed that Detroit diners continue to be obsessed with outdoor seating.

It’s also good news that for this group at least, working with landlords, neighbors, and the city of Detroit has been, for the most part, a seamless experience, with less bureaucracy and streamlined processes. Walters and Begaj commend Bedrock’s generosity as a landlord, and all four emphasize that it was easy working with the city to approve and plan their new outdoor spaces.

Other communities in Southeast Michigan have launched similar initiatives, from Ferndale’s Patio Zones to events in the St. Clair Shores Social District. Most communities have focused on removing barriers to al fresco dining, such as: B. Detroit’s extension of the street, alley and public easement. Drinkers and diners alike jumped at the opportunity to head outdoors.

Alfresco dining has allowed restaurants and bars to weather what could have been a devastating time. By adding seating, leaning on friends and neighbors, and thinking creatively, restaurateurs have met the challenges of COVID and devised nimble strategies to adapt to change. “Where we are today is completely unrecognizable compared to 2020,” says Mitchell. “But we came out on the other side with a much stronger company and a stronger team.”