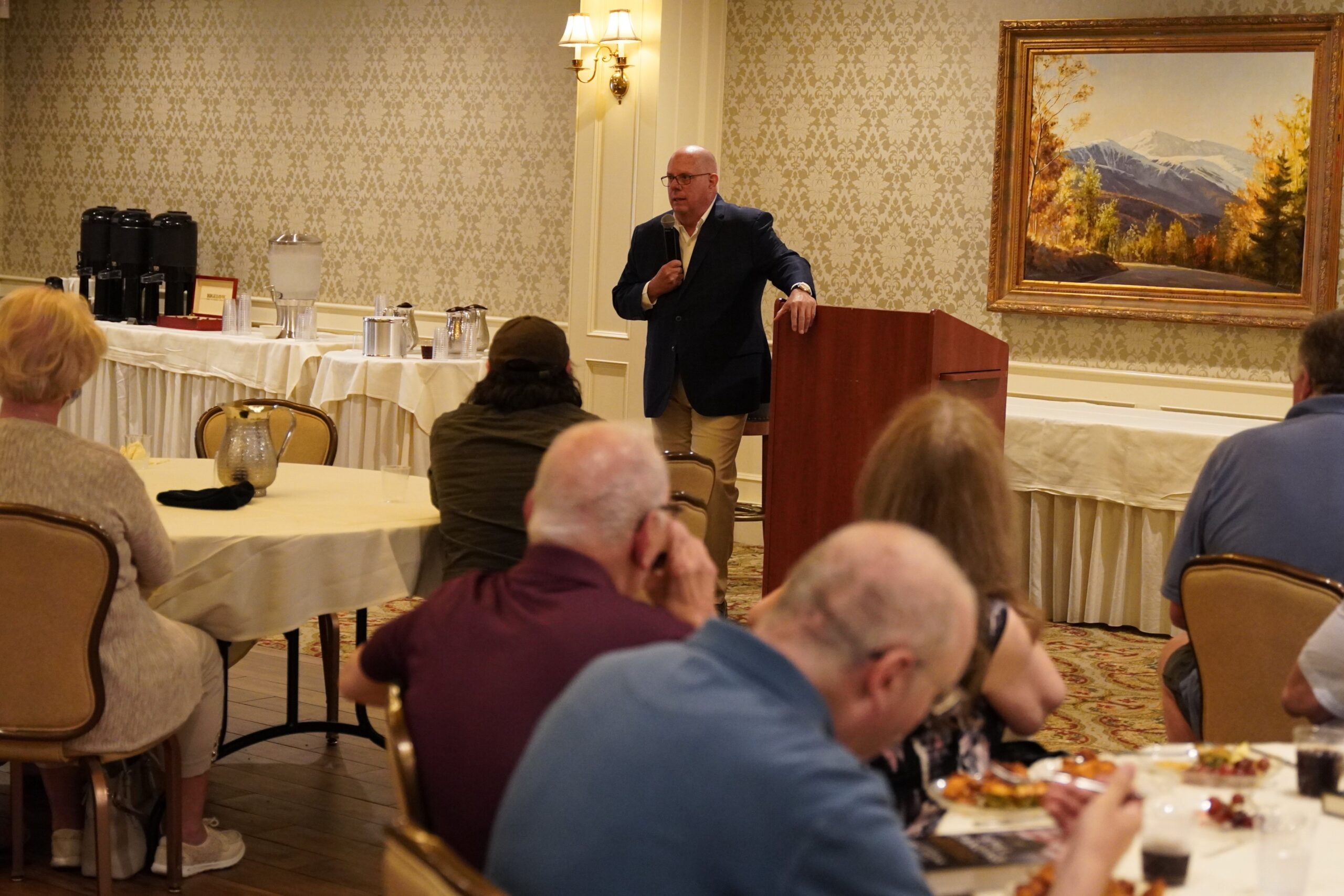 As the battle to succeed him nears a pivotal moment, the current Maryland CEO has traveled throughout New Hampshire, meeting with business leaders and conducting media interviews ahead of his 2024 run for the White House.

Gov. Lawrence J. Hogan Jr. (R) made his way Sunday as he flew to Connecticut to speak at a fundraiser for US Senate nominee Themis Klarides (R). Klarides, who hopes to unseat Senator Richard Blumenthal (D), has been described as a “moderate voice”. She spent 20 years in the state House of Representatives, six of them as minority Republican leader.

Hogan also dined with Massachusetts Gov. Charlie Baker (R), a friend he speaks to often. Like Hogan, Baker is a popular Republican leader from a dependable Democratic state.

On Monday, Hogan attended two events in Boston organized by No Labels, a Washington, DC-based group that describes itself as “a rebellious but constructive third force in American government that is finally ready to… To break the deadlock and dysfunction that is destroying our democracy.”

On Tuesday, Hogan made his way to New Hampshire, home of the nation’s first presidential primary. He did two 6am interviews on local radio and then went to a Dunkin’ Donuts in Manchester for iced coffee and donuts (and a photo for social media).

The remainder of the day consisted of meetings with real estate agents and other business groups, interviews with influential news outlets – including the New Hampshire Union Leader and WMUR-TV. He also met with two political leaders, Gov. Chris Sununu (R) and a former speaker of the New Hampshire House of Representatives.

The day ended with “Beers with Builders” at the New Hampshire Home Builders Association.

“I’ve seen those schedules and they’re grueling. They are detailed. And they’re designed to maximize the candidate’s connection with as many people as possible in the shortest amount of time,” said Sherwood, a longtime reporter for the Washington Post and NBC Washington. “And that’s exactly what this schedule does.”

In his interview with the union leader, Hogan described himself as a “common sense conservative” who cuts taxes and eases regulation. He said most voters were being “crushed” by extremist voices in both parties.

Professor Stephen Farnsworth of the University of Mary Washington, a presidency and media expert, said New England was the perfect place for Hogan to test issues he could use in the campaign in two years’ time.

“There’s no better place for a moderate Republican to spend his July,” Farnsworth said. “Hogan’s brand of republicanism will be particularly appealing in the Northeast, and it makes a lot of sense that he’s spending time there.”

Hogan’s visit to the nation’s first primary state comes as polls suggest former President Donald Trump’s influence over his party is beginning to wane. A New York Times and Siena College poll released Tuesday found more than half of Republicans would prefer someone else to be the GOP flag bearer in the next election.

During his media blitz, Hogan repeatedly said he believes Trump will ultimately let the 2024 race go through. And in a possible jab at the GOP flavor of the moment, Florida Gov. Ron DeSantis predicted that Republicans won’t retake the White House if they nominate a “cheap imitation.”

Speaking on WBAL radio, Hogan acknowledged that Trump is “the 800-pound gorilla in the Republican Party,” but he said his influence has “declined dramatically from its peak… and I think it’s going to decline even further.”

The governor told CBS News that he will make a decision on a White House bid after he leaves office in January. “More and more people are encouraging me to think about it,” he added.

Hogan told NBC ahead of his trip, “I think there’s a growing demand for exactly what we’ve been doing in Maryland for the last eight years.”