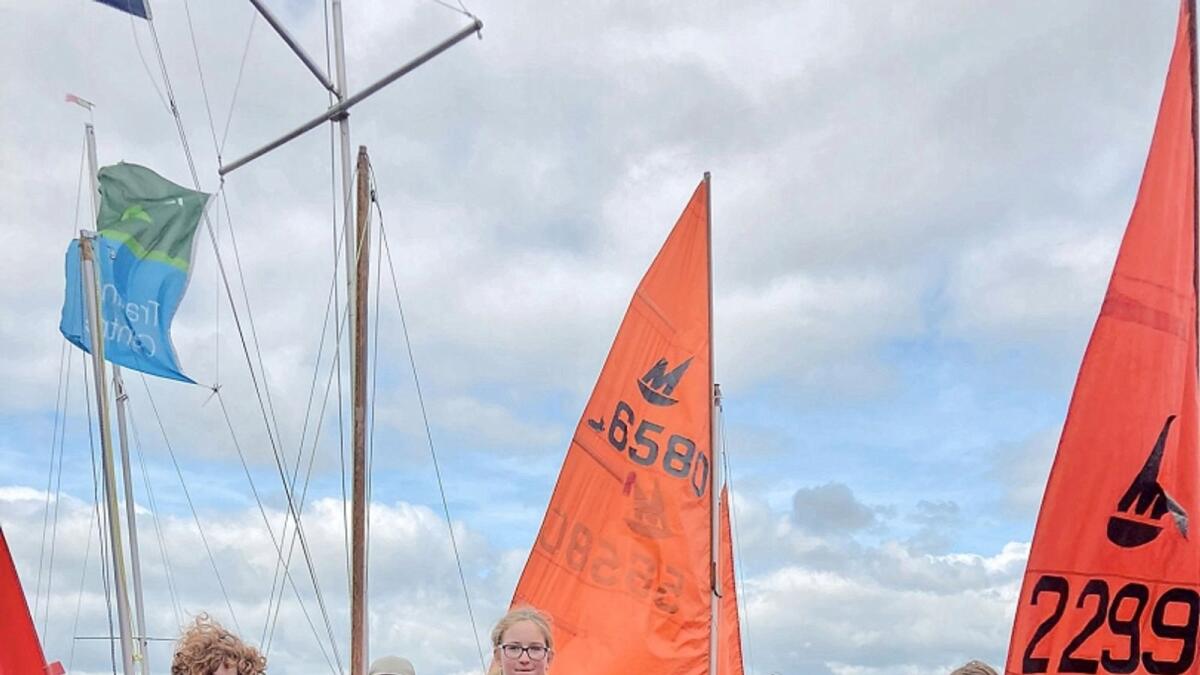 The first three weeks of July came and went and with them came Mullingar Sailing Club’s annual junior course, which has been described as ‘the best summer camp I’ve ever done’! by one of the young participants

With over 30 participating sailors between the ages of 11 and 17, different skill levels were taken into account. Under the expert eyes of a team of experienced instructors, Mullingar’s next generation of sailors bravely took on the waters of Lough Owel – a challenge that is sometimes intimidating for beginners.

Under the expert guidance of instructors certified by Irish Sailing, the national governing body, the club’s new and returning sailors managed to sail superbly over the three weeks. The course was led by Senior Instructor Jack Hayes, who learned to sail himself at the club and mainly coached this year’s advanced sailors.

Jack was supported by a great team of local and assistant instructors as well as visiting instructors from Dublin, Courtown and Wicklow sailing clubs who all made sure the course was fun for everyone and ran smoothly.

Our Junior participants were lucky this year as the weather conditions at Lough Owel this July could not have been better. The first days of the course brought relatively strong winds with gusts up to force 5.

Sunny and clear days were felt to be a blessing by instructors and course participants alike. Stronger wind conditions towards the end of the second week were welcomed by some of the older participants, adding an extra element of challenge to the course and allowing them to develop their sailing skills.

The milder weather conditions on some days were appreciated by the level 1 and 2 sailors hoping to improve their basic sailing knowledge and skills.

Taking advantage of the excellent weather, the assistant instructors team organized day trips to the diving boards and the north shore of Lough Owel, as well as activities such as water-based orienteering and seamanship races.

A special thanks to Róisín Gaynor, the club’s junior organizer, who was the driving force behind the course and who showed up bright and early each morning, rain or shine, to make sure everything ran smoothly.

The Club is also very grateful to Advanced Instructor Caoimhe Hunt, originally from Mullingar and now Senior Instructor at Royal St George Yacht Club in Dun Laoghaire, who has come down to assess the skills of the course participants hoping to take her Pass the Advanced Boat Handling Certificate.

A big thank you also goes to David Maxwell, Club Commodore and the rest of the Club Committee for making such an excellent course possible. The club is also grateful to its members who hosted the guest lecturers, without whom the course could not have taken place.

And finally, perhaps the biggest thank you should go to Mr. Kieran Milner who works tirelessly behind the scenes to repair boats: patching holes and tears, sourcing spares, adjusting rudders and even having to step in to save the instructors motor boats… the list goes on.

Regardless, the course probably would not have been as successful without Mr Milner and the club are fortunate to have him.

Overall, this year’s course was extremely successful thanks to the great team behind it. It was great fun for everyone.

We hope to see our young sailors out on the water for the remainder of the summer and encourage them to practice to race against sailors from other clubs who will be coming to Mullingar to compete in the Mirror Regatta which the club is hosting in August turns 27 and 28.