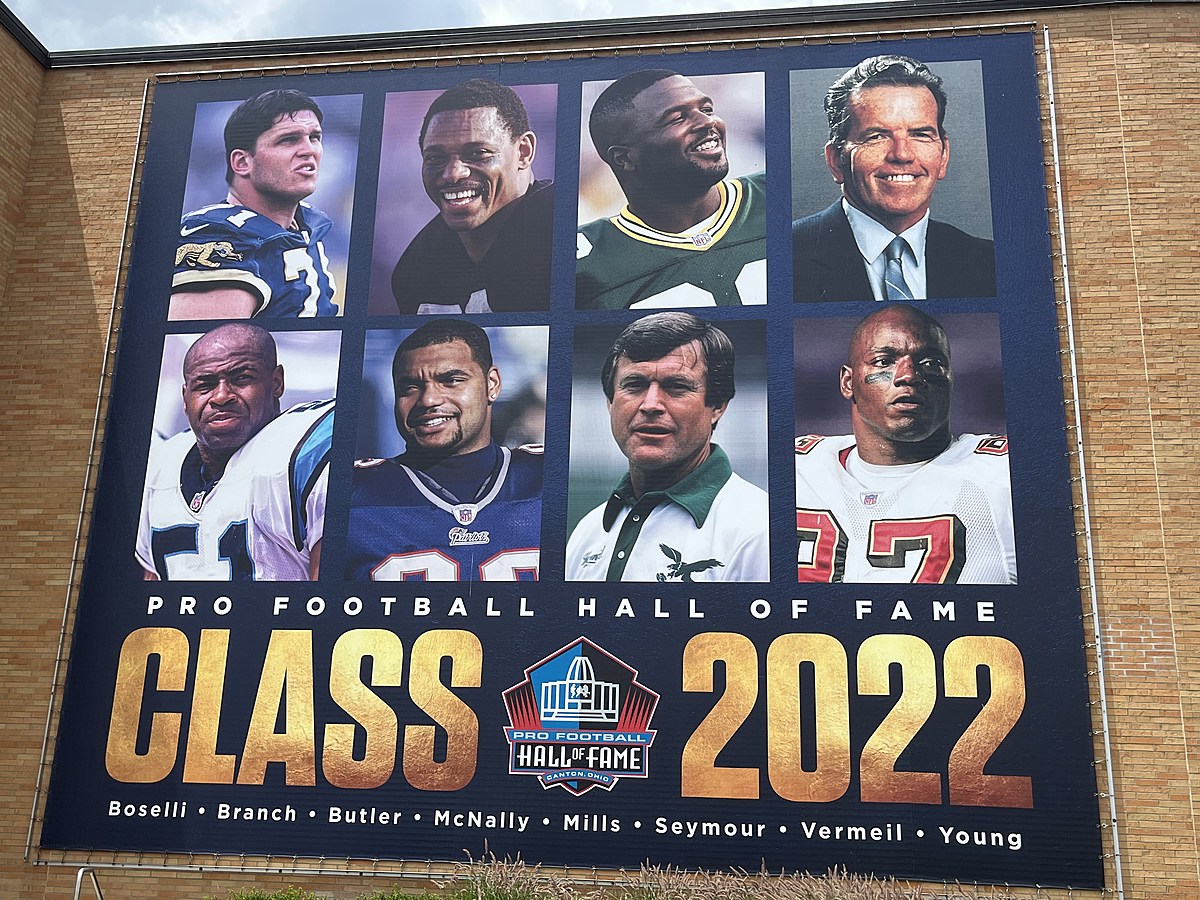 Sam Mills was a unique athlete. Born in Neptune City and raised in Long Branch, he was repeatedly told that at 5ft 9 he was too short to play football. So he kept “hammering” until he realized his dream.

He worked his way through Montclair State University’s Long Branch High School, where he received Division II All-American honors at Montclair State, where he still holds the team record for career tackles 40 years after graduating.

He worked his way through the Cleveland Browns and Toronto Argonauts, where he was cut for being too short. He worked his way into the Philadelphia/Baltimore Stars, New Orleans Saints and Carolina Panthers.

After being cut by the Canadian Football League’s Cleveland Browns and Toronto Argonauts. Mills joined the Philadelphia Stars of the United States Football League, where he made 592 tackles, received three All-USFL honors, and helped the Stars win back-to-back championships in 1984 and 1985 under coach Jim Mora.

When the USFL collapsed after the 1985 season, Mora became the head coach of the New Orleans Saints, bringing Mills with him. That began a 12-year NFL career in which Mills played 181 career games from 173 starts and totaled more than 1,300 tackles, 20.5 sacks, 11 interceptions and 22 forced fumbles. He was named in five Pro Bowls and once as a first-team All-Pro. Who will ever forget stealing the ball from Jets quarterback Browning Nagle and running for 76 yards or a touchdown?

After nine years in New Orleans, Mills moved to the Carolina Panthers expansion, where he started all 48 regular season games over three seasons and both games in the 1996 postseason as the team reached the NFC Championship Game as a sophomore and eventually became a Super Bowl winner Green Bay.

Mills stayed with Carolina as an assistant coach when his playing career ended. In 2003 he was diagnosed with cancer and given three months to live.

Mills delivered an emotional speech as the Panthers prepared for the playoffs, telling the team, “When I found out I had cancer there were two things I could do: quit or keep batting. I am a fighter. I kept pounding. You are fighters too. Keep hitting!”

Mills would live 17 months longer than doctors predicted and died in April 2005 at the age of 45.

Mills joins these other Jersey NFL players in the HOF:

Drew Pearson, HOF class of 2021. Another South River native. Pearson had 489 receptions and 7,822 receiving yards during his 11-year career with the Dallas Cowboys from 1973 to 1983. Pearson also went to three Pro Bowls. Who will ever forget his famous “Hail Mary” catch, which he used to defeat the Vikings in 1975? Who will ever forget their Hall of Fame induction speech in 2021?

David Robinson, HOF Class of 2013. This Mount Holly native was one of the best linebacking corps in NFL history, along with Ray Nitschske and Lee Roy Caffey, and helped the Green Bay Packers win the first two Super Bowls. From 1960 to 1962, Robinson played both offense and defense for Penn State.

Elvin Bethea, HOF class of 2003. A standout defenseman, Bethea spent his entire 16-year career with the Houston Oilers, where he amassed 105 sacks and 8 Pro Bowls. Before that, he was a multisport star at Trenton Central High, where he set the state shot put record of 66 feet 4.5 inches in 1964, which stood in 1997.

Jim Ringo, HOF class of 1981 – a ten-time professional bowler during his 15-year career with the Green Bay Packers and Philadelphia Eagles, winning championships with the Packers in 1961-62. Ringo was born in Orange and raised in Phillipsburg where he attended Phillipsburg High School and Syracuse.

Alex WojciechowiczHOF class of 1968. Born in South River, he attended South River High School, in Fordham, became one of the Granite Seven alongside Vince Lombardi and started a 12-year playing career from 1938 to 1950 with the Philadelphia Eagles and Detroit Lions on both sides of the ball.

Lou Creekmur, HOF class of 1996. A Hopelawn native, he played on the offensive line for the Detroit Lions. He appeared in 165 straight games including the preseason, regular season, and postseason. from 1950 to 1958, partly because he never wore a face mask, his nose was broken 13 times.

You can now hear Steve Trevelise — On demand! Learn about New Jersey personalities and what makes the Garden State interesting. Download or listen to Steve Trevelise’s show anywhere podcasts are available on our free app.

Some of them might even be on your fantasy football team.

These are the best hiking areas in New Jersey

A trip to New Jersey doesn’t have to be all about the beach. Our state has some incredible hiking trails, waterfalls and lakes.

From the Pine Barrens to the Appalachian Trail to New Jersey’s hidden gems, there are many options for a great hike. Hiking is a great way to spend time outside and enjoy nature, and it’s also a great workout.

Before you hit the trails and explore some of our listeners’ suggestions, I have some hiking etiquette tips from the American Hiking Society.

If you are going downhill and meet an uphill hiker, step aside and give the uphill hiker room. A hiker going uphill has the right-of-way unless stopping to catch his breath.

Always stay on the trail, you may see side trails unless marked as an official trail, stay away from them. If you leave the trail, you can harm the ecosystems surrounding the trail, the plants and wildlife that live there.

You also don’t want to disturb the wildlife you encounter, just keep your distance from the wildlife and keep hiking.

Cyclists should give way to hikers and horses. Hikers should also give way to horses, but I’m not sure how many horses you’ll encounter on New Jersey’s trails.

If you decide to take your dog with you on your hike, be sure to keep them on a leash and ensure all pet waste is removed.

Finally, keep the weather in mind, if the trail is too muddy it’s probably best to save your hike for another day.