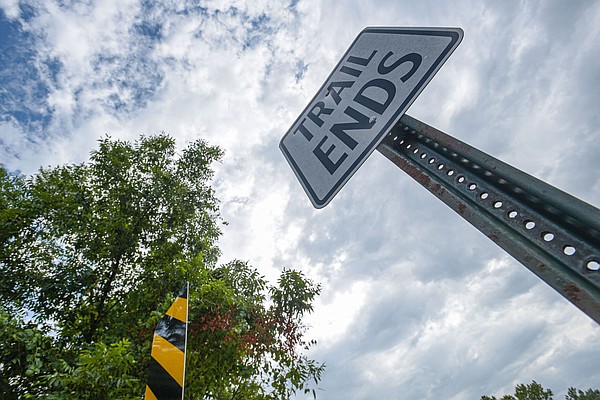 The city’s Treasury Director Andy Richards said overall fund revenue was $20.8 million in mid-2021 and is $22.4 million this year. He explained that tax collection is primarily through their share of the statewide sales tax based on sales from two months prior or November 2021 through April 2022 for the half-year budget.

Voters recently voted to extend sales taxes of 0.25% and 0.75% for another eight years.

Richards said sales tax receipts were much higher than expected, with July getting 15% more than forecast, which is not reflected in the mid-year budget totals. He said if sales stay on track, the city could have a $10 million surplus once bond payments are made.

“Starting this week, with the addition of our debt service reserve, we have all the money we need for these sales and tax bonds,” Richards said.

Ward 3 director Lavon Morton noted that the money could be used for sewer repairs or the city’s water development projects related to the Foreign Military Sales program.

The city entered into an agreement in January 2015 with the US Department of Justice, the Environmental Protection Agency and the Arkansas Division of Environmental Quality. Under the decree, Fort Smith agreed to repair and upgrade its sewage system after decades of sewage leaking into local waterways, including the Arkansas River.

The city agreed to spend more than $200 million over the next 12 years to improve its sewerage system and treatment.

The original deadline for the decree was January 2, 2027, but the city said it cannot afford to complete all the work by that date. The city was granted a five-year extension through 2032.

Ebbing Air National Guard Base at Fort Smith Regional Airport was selected last year as the Air Force’s preferred location for a pilot training center for Singapore and other countries participating in the Foreign Military Sales program. The proposal would accommodate up to 24 Lockheed Martin F-35 Lightning II aircraft and transport 12 Singapore Air Force General Dynamics F-16 Fighting Falcons currently based at Luke Air Force Base in Glendale, Ariz.

As a result, the city and developers have built housing to accommodate newcomers, with much of the development taking place near the airport at Chaffee Crossing.

“Our most pressing need is always the Consent Decree, but the second most pressing need, and that’s what we’ll be talking about at the board meeting, will be the water situation. We really need to think about it and understand it,” Morton said.

Morton also noted that the Parks Department is under budget and questioned whether the city is properly maintaining its parks.

Park director Doug Reinert noted that the drop in rain has resulted in less mowing, which is a benefit due to recent increases in fuel costs.

Richards said mid-year revenue for the Street Department was $4.8 million this year, compared to $4.5 million in 2021. He said that was also largely due to revenue from the attributable to sales tax.

Street Director Matt Meeker said the department had $1.4 million worth of work left on sidewalk projects across the city.

Director General Neal Martin asked if any of these projects were near schools, noting that student travel and safety is a public concern. He suggested the Street Department speak to the school administration to see if there are any projects and if they could work on a partnership to complete them.

Meeker said the department is working on several projects, including applying for a federal grant to create a safety action plan for the entire city transportation system.

“As part of this grant, which we hope to receive, putting this plan together will be a system-wide analysis of what needs to be done, what improvements need to be made, to reduce not just vehicle collisions, but vehicle/pedestrian collisions as well,” he explained.

“The more projects, the better. we have the money People really appreciate that,” Morton said.

Richards said the water and wastewater operating fund is currently $27 million, up $2 million from last year. He said the solid waste department’s mid-year revenue was nearly $9.8 million, compared to $9.1 million in 2021. He said spending was up a bit, but the city had one Revenue surplus of $1.9 million.

Richards noted that the Fort Smith Convention Center started the year with a budget deficit of $353,000 and is now in deficit of $388,000.

City Councilor Carl Geffken explained that due to the rise in Covid-19 cases, businesses and organizations have withdrawn from events over the past year and earlier this year.

Richards said he expects more bookings in the fall and better earnings in the second half of the year. He warned the city not to transfer more than $777,000 in operating funds to the convention center to cover operations until more events are scheduled.

Geffken said if 2023 goes well, the convention center should be in a better position by 2024. He said the city should have posted a surplus this year if not because of the pandemic.

The city directors also recommended budget targets they want to achieve for 2023.

Budget targets for this year, as recommended for 2021, include spending priorities on critical Police Department equipment, contributions to reducing pension liabilities, an overall fund capital improvement program and performance-based pay increases for staff.

Goals also include the implementation of the Future Fort Smith plan; Riverfront Drive improvement and continued trail construction; continuation of economic growth to increase the labor market; supporting downtown revitalization; continue to comply with the Consent Decree; Conversion of part of the city’s vehicle fleet to vehicles with alternative drives; and support for sustainable tourism.

Ward 1 director Jarred Rego asked the city to provide money for a homelessness prevention coordinator, a five- to eight-year plan to complete the trail system, pay for additional staff to enforce regulations regarding destroyed properties and the highest Provide starting salaries in the state police and fire departments.

Division 3 director George Catsavis recommended that animal control be privatized and separated from the police department.

Morton wants to enforce the repair or demolition of abandoned lots and wants to buy lots and apply for grants for the city’s floodplains to make those areas sustainable.

Martin concluded that these are all good goals and asked that the 2022 goals be expanded in addition to continually improving the parks, expanding air travel from Fort Smith Regional Airport, and seeking partnerships and sponsorship for a potential indoor sports facility to extend.

A sign is displayed at the end of the Greg Smith River Trail on Thursday, July 28, 2022 in Fort Smith. At its mid-year budget meeting this week, the Fort Smith City Board of Directors reviewed all of the recent projects the Parks Department has undertaken and discussed ways to expand the trail system. Visit nwaonline.com/220729Daily/ for today’s photo gallery. (NWA Democrat-Gazette/Hank Layton) 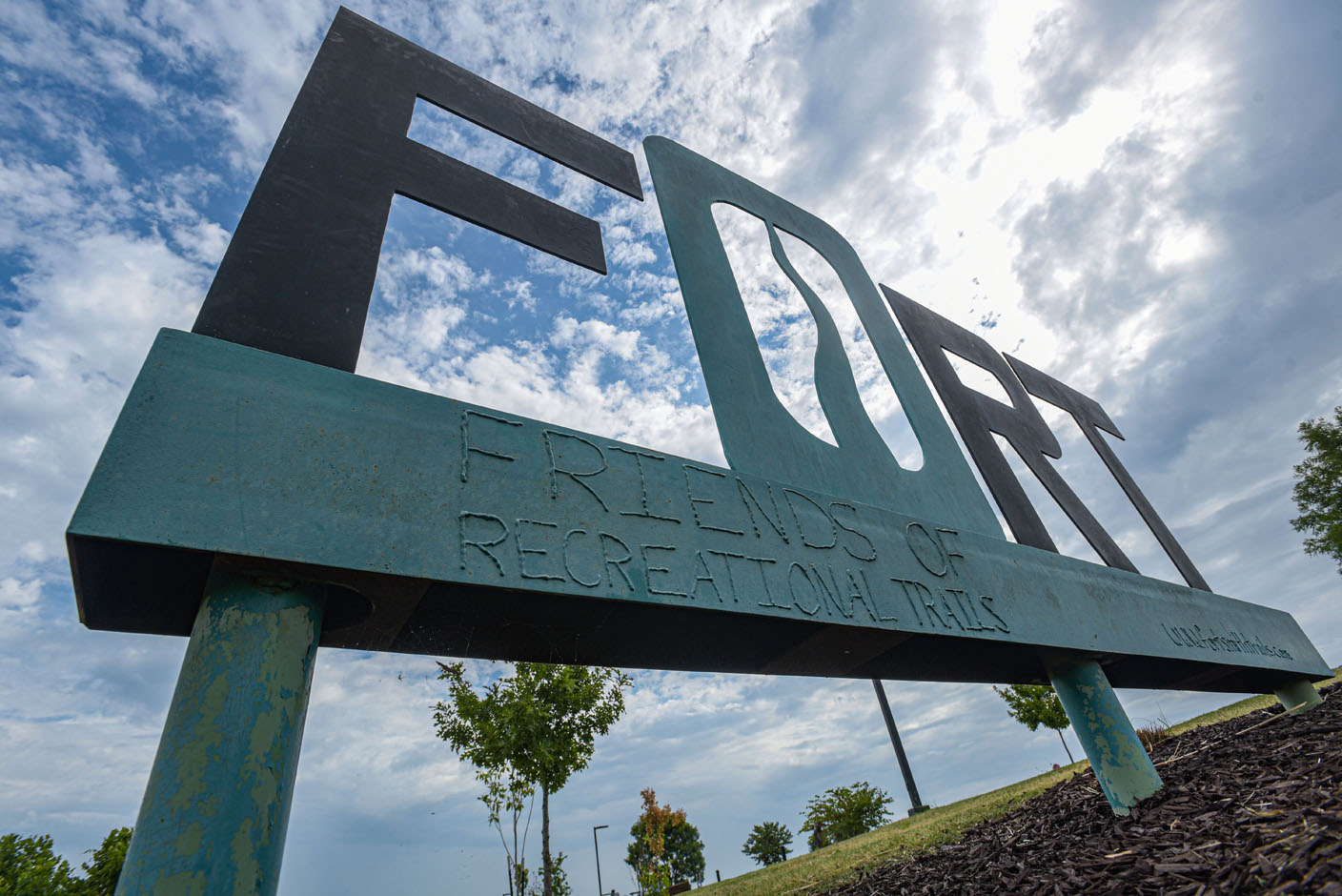 A sign is displayed Thursday, July 28, 2022 in Fort Smith along the Greg Smith River Trail. At its mid-year budget meeting this week, the Fort Smith City Board of Directors reviewed all of the recent projects the Parks Department has undertaken and discussed ways to expand the trail system. Visit nwaonline.com/220729Daily/ for today’s photo gallery. (NWA Democrat-Gazette/Hank Layton)