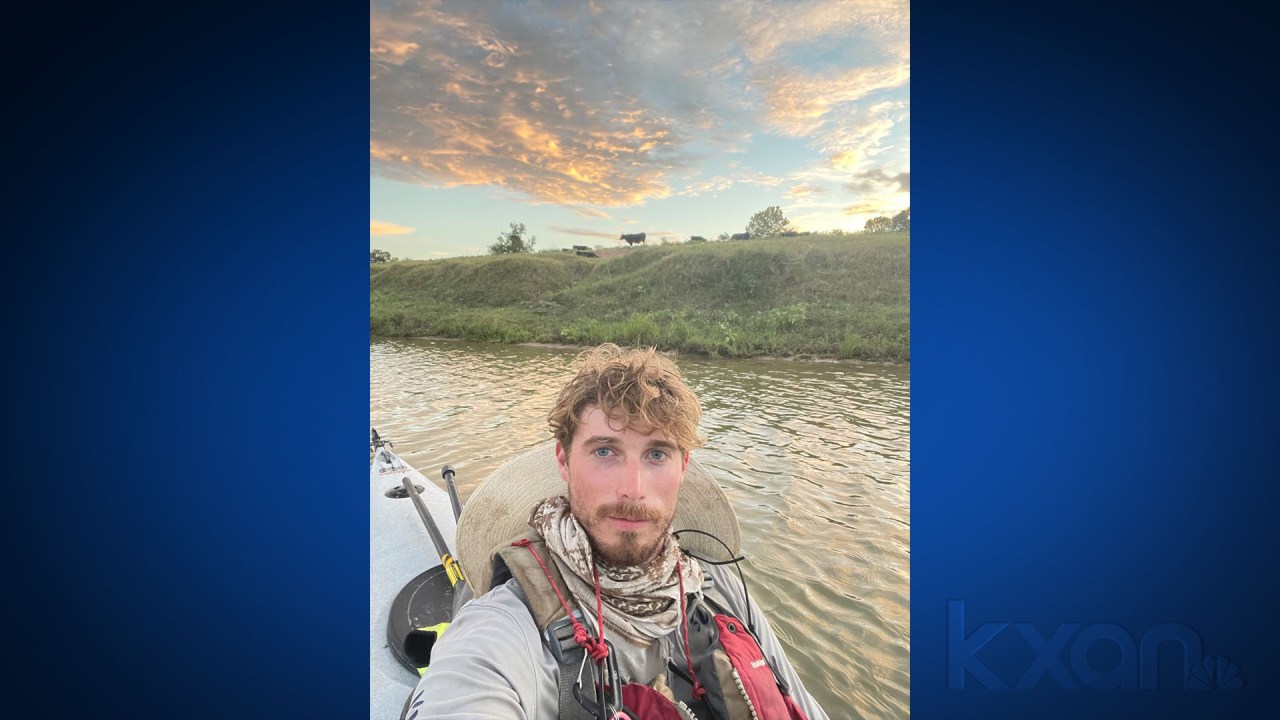 AUSTIN (KXAN) — Would you ever consider kayaking nearly 300 miles to the Gulf of Mexico? That’s a feat Dylan Mumma of Kyle recently accomplished when he hiked 292 miles along the Colorado River from the FM 973 Bridge in east Austin to Matagorda Bay in the Gulf.

Mumma has been paddling for a couple of years now, but he said a recent argument with a friend drove him into the water for some perspective.

“I had in mind for a while that one day I would take the Colorado to the Gulf,” he said. “But I kind of did it completely unplanned and on the spur of the moment and just flew by the seat of my pants. And it worked.”

Before this last trip, Mumma had made the 100-mile journey from Kerrville to Canyon Lake along the Guadalupe River.

He began his voyage on the morning of July 27 and reached the Gulf around 9 p.m. on August 1. Along the way, Mumma camped in his kayak under bridge crossings, boat ramps and — get ready — near alligator nests in Glen Flora.

During his journey, he also met people in communities along the Colorado River who would bring him food and water in exchange for stories about his journey.

“It was just always crazy to me how these random strangers would just go out of their way to help me,” he said. “They just give me water, food and everything in exchange just to hear about my trip and what I’m doing. I just thought it was so cool.”

As he made his way into Matagorda Bay, he said he battled strong headwinds and some rockier waves. Despite those conditions, coupled with the four days of travel and kilometers under his belt, he said he was grateful for the opportunity to spend some time with his thoughts and gain a better appreciation for the people in his life.

Several homes have been evacuated due to wildfires in Wimberley

“When you get out, life on the river is a lot easier. you are in the moment They’re focused on the task at hand,” he said. “And with the challenges you face, you just go with the flow.”

Before leaving, Mumma said he reconnected with central Texas resident Ethan West, who traveled 547 miles along the Llano River in 2019. He, along with the staff of the Texas Parks and Wildlife Department, wrote him a wealth of information on best practices for navigating hundreds of miles of waterways.

In the future, Mumma hopes to one day kayak every river in Texas. But now he’s back in central Texas with a new outlook on life — and possibly some sore arms.

And no, he didn’t kayak back after landing in the Gulf. That ride back was courtesy of his good friend Colton.

“A lot of people have asked me, ‘Are you going to paddle all the way back?’ I was like, no, no, I don’t think I could do that,” he said, laughing.