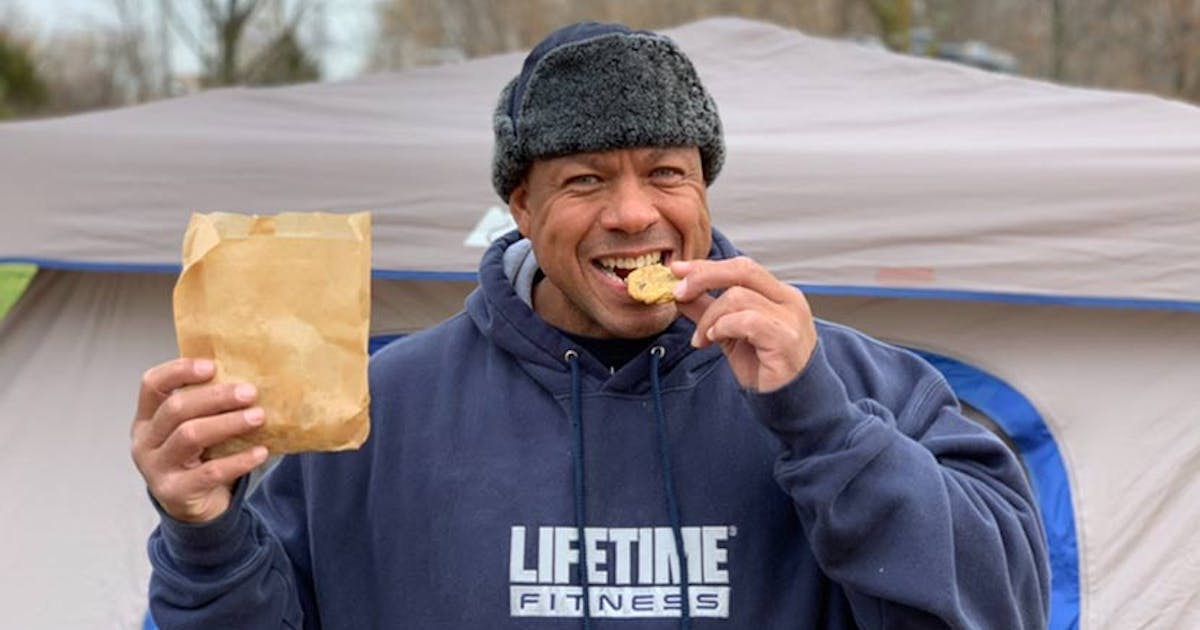 “That night we cooked a delicious duck and caribou stew that no fancy restaurant could replicate. Flavors included campfire smoke and the spice of the open country: the capriciousness of the lake, the power of the forested ridges, and the suspense of the swampy musk keg.”

Geoffrey Pope might just be the baddest Minnesota camper you’ve never heard of.

At 9 a.m. on April 25, 1936, bored with her job as an accountant, he and a buddy, Shell Taylor quoted above, boarded a 17-foot canoe at the foot of 42nd Street in New York City and set out on the Path the elusive Northwest Passage en route to Nome, Alaska.

The couple spent the winter of 1936/37 in the Northwest Territories of Canada, waiting for the spring break. Then they paddled across the Mackenzie and Yukon rivers on their way to the Bering Sea, and from there along the coast of Alaska to Nome, arriving in this village on August 11, 1937.

The trip, during which the two men hunted and fished for most of their sustenance, was the longest canoeing and camping adventure yet undertaken: 7,165 miles.

That Pope was from Minnesota — he graduated from Minneapolis West High School — might not have been a coincidence. For centuries, this state has bred a who’s who of world-class outdoor adventurers, thanks in large part to the deep ties Minnesotans have historically had to their lakes, rivers, forests and prairies.

David Carson, 55, is also an adventurer.

In 2020, he twice participated in a camping induction program sponsored by the Three Rivers Park District, covering more than 27,000 acres of parks and trails in the suburban counties of Hennepin, Carver, Dakota, Scott and Ramsey.

Three Rivers sponsors the growing camping program, launched in 2020, specifically for people who may not use the park system due to financial constraints or lack of tradition. These include Black, Indigenous, and People of Color, as well as other infrequent users of Three Rivers.

“I’ve always been interested in the outdoors,” said Carson, who is of Native American descent. “I grew up on the projects and my friends and I used to catch crawfish in a nearby lake. Also, there were always koi fish at Loring Lake in downtown Minneapolis. I caught her and brought her home. I’m the type of person who will stop while driving down a road to snatch a turtle.”

But Carson had never camped alone before turning up for a night in a tent at Baker Park Reserve on Lake Independence.

A park contact was there who presented Carson with his camping “kit,” which included a tent and almost everything else he needed for his adventure.

“Right down to marshmallow skewers,” he said. “It was really cool. The experience was good.”

Minnesotans have an interest in making sure Carson and others who haven’t been exposed to outdoor activities — perhaps camping in particular — have the opportunity to participate.

Numerous studies have shown that people’s mental and physical well-being improves when they are in natural spaces and activities in nature.

Camping is considered to be particularly therapeutic. For both adults and children, it provides opportunities for experiential learning and problem-solving between generations of families and friends, while helping people sleep well, exercise rigorously, and increase their intake of vitamin D due to increased sun exposure.

The Department of Natural Resources (DNR) also has an introductory camping program. The initiative presented in 2010 is called “I Can Camp!”

“Responses to our ‘I Can Camp!’ The program is run under the motto ‘This is great fun,'” said Eric Pelto, a DNR special programs coordinator. “Participants enjoy it, in part because we build them for success. We don’t do anything for them. But our staff are on hand to make sure they set up their tent and build their fires. I would say 99% of them have smiles on their faces soon after arriving.”

Sparking interest in outdoor recreation isn’t the only goal of DNR and Three Rivers’ productions. The programs are also attempts to ensure that Three Rivers has enough visitors to keep its parks open for years to come and that the DNR has a critical mass of citizen customers to service.

As the state has become increasingly urbanized (the subway accounted for 78% of Minnesota’s population growth from 2010 to 2020) and more diverse (about 40% of Ramsey County residents are Black), for example, there has been a significant decline in outdoor participation. Activities possible if not likely.

Such declines—whether due to busy urban lifestyles, the rise of single-parent families, low incomes, and/or inability to take advantage of outdoor recreation opportunities—could trigger corresponding cuts in natural resource management traditionally driven by the Purchase of licenses and permits of participants were funded.

Since the 1960s, Minnesota’s mostly white baby boomers, who hunt, fish, and otherwise engage in outdoor recreation, have taken over the state’s management of natural resources largely through license purchases.

But among the succeeding generations of Boomers, there is less hunting and fishing, and participation among minorities is even lower: about 30% of white Minnesotans, for example, fish, but only about 11% of minorities do so.

And while minorities are projected to make up about a quarter of Minnesota’s population by around 2035, a recent survey found that they make up only about 5% of the state park’s visitors.

Such differences necessarily have social consequences, believes Richard Louv, author of Lost Child in the Woods: Saving Our Children From Nature Deficit Disorder.

“Basically, the idea is that biologically we’re still hunter-gatherers and we need a direct involvement with nature on a level that we don’t fully understand,” Louv told NPR. “We need to see natural shapes on the horizon. And if we don’t get that, we don’t do as well.”

“We’re not doing so well” is one way to describe Minnesota in recent years, judging by political divisions, economic disparities and social unrest – the root of which, in some cases, is racism.

Would further expanding people’s opportunities to interact with nature, especially when camping, be a solution?

It certainly worked well for Geoffrey Pope, whose upbringing in Minnesota led him to a life of adventure, including a failed attempt at age 76 to cross the Atlantic in his 50-footer Civil War era top ketch.

“Walking around in a concrete jungle all day and never getting a chance to bury your feet in the dirt is not good,” he said. “I believe that we are all connected to nature in some way, and when you are, you have a different perspective on life.”