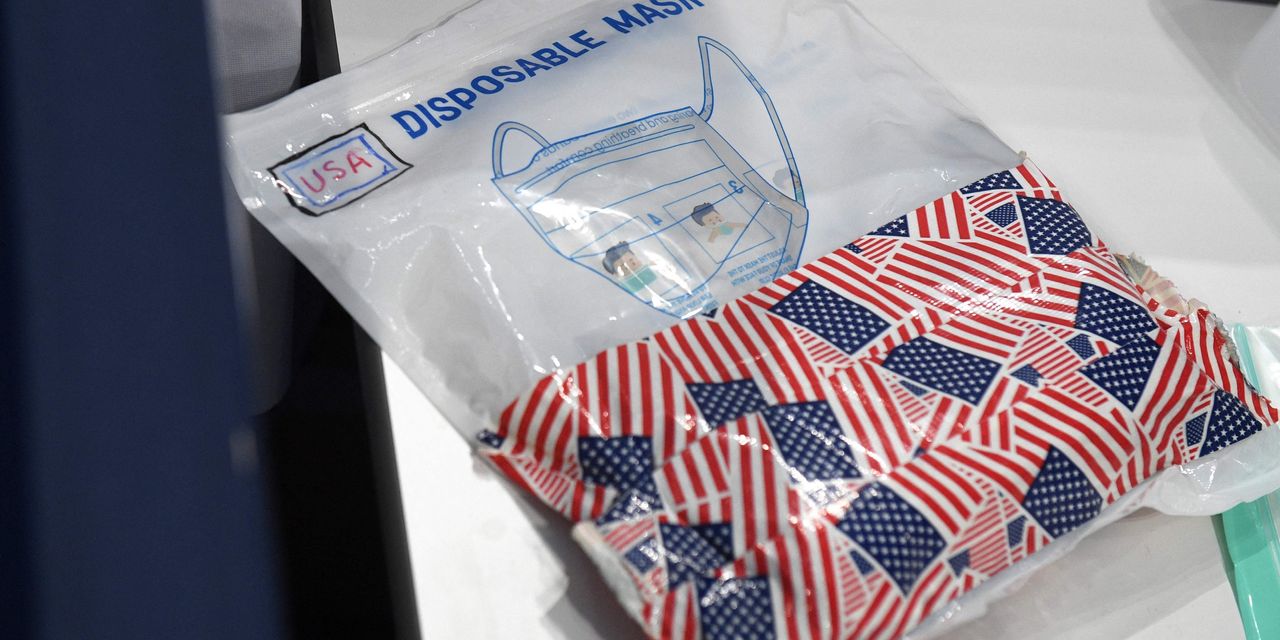 The global number of new cases of COVID-19 fell 9% in the week ended July 31, according to the World Health Organization, but the trend didn’t hold for the US, where new cases rose 2%, growing more than in any country country other than Japan.

The US added 923,366 cases, according to the agency’s weekly epidemiological update. Cases are thought to be higher than official numbers because of so many people testing at home and no data being collected. The WHO has warned for some time that its weekly figures “should be interpreted with caution” as several countries have changed COVID testing strategies, meaning fewer tests are being carried out and consequently fewer cases are being detected.

The largest increase in cases was in Japan, at 1.4 million. Japan has recently seen a surge in cases.

Do not miss: Paxlovid was administered to Biden and millions of Americans infected with COVID-19. It’s on the shelf in the UK.

The BA.5 omicron subvariant continued to consolidate its dominance, accounting for 69.6% of cases uploaded to a central sequencing database, up from 63.8% a week ago.

The daily average for new U.S. cases remains near 130,000 after registering 120,446 on Wednesday, a 6% decrease from two weeks ago, according to a New York Times tracker.

President Joe Biden tested positive again Thursday, according to White House physician Dr. Kevin O’Connor, who said Biden still has the odd cough but is getting better. His temperature, pulse, blood pressure, respiratory rate and oxygen saturation remain perfectly normal and he will continue to isolate himself.

on Thursday posted a 4% drop in profit that was driven by a drop in sales of its COVID antibody treatment bebelovimab. Sales of the drug fell 13% to $129.1 million, despite holding up against Omicron and its highly infectious BA.5 subvariant.

The pharmaceutical company said it expects the government to buy a new batch of bebtelovimab worth $275 million this year and expects non-government sales to help offset a loss of about $400 million, which it expects due to exchange rate effects.

Also read: On-campus COVID-19 vaccine mandates have had the greatest impact on colleges with low-income students. Here’s why they were so effective.

On Thursday, it said it plans to start selling through a single distributor beginning the week of August 15. This will mark a shift from the way COVID treatments have been handled during the pandemic and will test appetites for them in commercial markets, the Journal reported.

Coronavirus update: MarketWatch’s daily roundup has been curating and reporting on the latest developments every weekday since the start of the coronavirus pandemic

Other COVID-19 news you should know:

• A number of states are ending support programs introduced during the pandemic to help people struggling during lockdown and other restrictions. In Mississippi, Gov. Tate Reeves said Wednesday the state would soon stop accepting applications for a federal rental assistance program aimed at deterring evictions, the Associated Press reported. The Rental Assistance for Mississippians Program will not accept applications after August 15, and the state will return up to $130 million to the federal government for the program.

• Seattle City Council voted to end COVID-19 hazard pay for grocery store workers, the AP reported. The council voted Tuesday 5-2 in the absence of council members Lisa Herbold and Teresa Mosqueda to repeal a policy passed in early 2021 that required grocery stores to pay employees an additional $4 an hour.

• Australia will start offering COVID vaccines to children as young as 6 months old with serious health conditions, the Guardian has reported. However, health authorities have chosen not to make them available to all children under the age of 5, as other countries have done. Children ages 6 months to less than 5 years with severe immunocompromised conditions, disabilities, and complex health conditions such as lung disease or type 1 diabetes can get Moderna MRNA.

Shot September 7, with supplies of the pediatric vaccine arriving in Australia on Wednesday evening.

posted better-than-expected earnings for the second quarter but said COVID continues to weigh and the numbers do not yet represent a normalized environment. Visitor attendance for the quarter totaled 6.3 million guests, up 7.8% year-on-year. “While our second quarter and first half financial results were strong, these results still do not reflect a normalized operating environment and we still have significant room to improve our execution and financial results,” CEO Marc Swanson said in a statement. However, July revenue continued to rise from the record level set in July 2021, up about 20% compared to July 2019, and the company expects another “solid summer.”

Here’s what the numbers say

The global number of confirmed cases of COVID-19 topped 580.8 million Thursday, while the death toll rose to over 6.41 million, according to data from Johns Hopkins University.

The Centers for Disease Control and Prevention tracker shows that 223.2 million people in the US are fully vaccinated, which is 67.2% of the total population. But only 107.9 million have received a booster, which is 48.3% of the vaccinated population, and only 19.9 million of those aged 50 and over who are eligible for a second booster have received one, which is 30.9 % corresponds to those who received a refresher first amplifier.