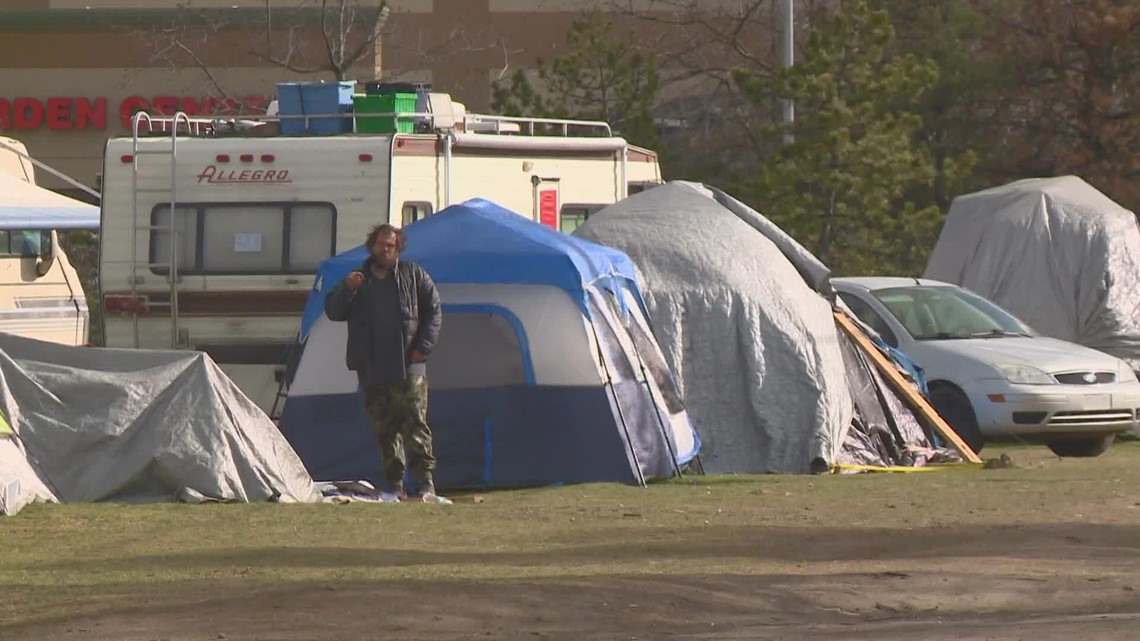 SPOKANE, Wash. — Spokane Mayor Nadine Woodward announced proposed changes to the city’s camping and sit-and-lie ordinances that limit when and where people are allowed to camp on the city’s property.

Current ordinance prohibits camping on city public land where there is insufficient shelter. The Spokane City Council recently announced an updated ordinance, but the mayor said she wants to go one step further.

“We make it easy to be homeless,” Woodward said. “I know some people don’t like to hear that, but these regulations and their updates are not meant to push people around. You should get them to give help.”

Under Spokane’s current illegal camping ordinance, camping is not permitted on public property, and a person may not sit or lie on the sidewalk between 6 a.m. and midnight. However, the ordinance will not be enforced even if there is no shelter.

Both the city council and the mayor are calling for the blanket exception to be removed “if no shelter is available”. Both also allow enforcement at specific locations at any time.

Both proposals would also enforce the Camping Ordinance in the following areas:

The mayor’s proposed changes would expand enforcement to within a half-mile radius of city-sponsored congregation housing, as well as within the boundaries of the downtown business improvement district and police district.

This is the Business Improvement District boundary map:

According to Woodward’s proposal, camping would be illegal in all colored zones on the map. This zone extends from Cataldo Avenue to the railroad tracks near First Avenue and from Walnut to North Division. The downtown police station has a broader presence.

Camping would be illegal in the orange area that stretches from the north shore of Riverfront Park to I-90 and then from Sherman to near the Inland Empire Highway.

The mayor said her recommendations were a compromise with the council. However, City Council President Breean Beggs said he first heard about Woodward’s recommendations on Wednesday. He added that this is not the best way to get votes on the city council.

Beggs and councilman Lori Kinnear’s ordinance only restricts where people can pitch a tent on city property. Restrictions apply near railroad viaducts, in city parks, and near the Spokane River.

“The mayor and the other council members care a little less about what the law is and they just want to make a statement,” Beggs said. “They want people to feel that something is being done.”

Woodward told the community Wednesday that the Beggs and Kinnear ordinance is not enough and more downtown locations need to be restricted.

“This proposal doesn’t go far enough,” she said. “It doesn’t include the downtown district and that’s where we want to be able to see enforcement and improvement.”

Beggs said those additions would make the ordinance unconstitutional and put serious limits on where people could go. He added that the mayor’s recommended regulation could push tents further into residential neighborhoods.

According to Beggs, he wasn’t invited to the mayor’s press conference, and if the mayor wants enough votes to pass her ordinance, she needs to discuss it with all the other councilors involved.

Beggs said she hasn’t done that yet.

Both proposals will be discussed at the Public Safety Committee meeting on Monday, July 11.

HOW TO ADD THE KREM+ APP TO YOUR STREAMING DEVICE

ROKU:Add the channel from the ROKU Store or search for KREM in the Channel Store.

Fire TV: Search “KREM” to find the free app to add to your account. Another Fire TV option is to have the app delivered directly to your Fire TV through Amazon.

To report a typo or grammatical error, please send an email webspokane@krem.com.