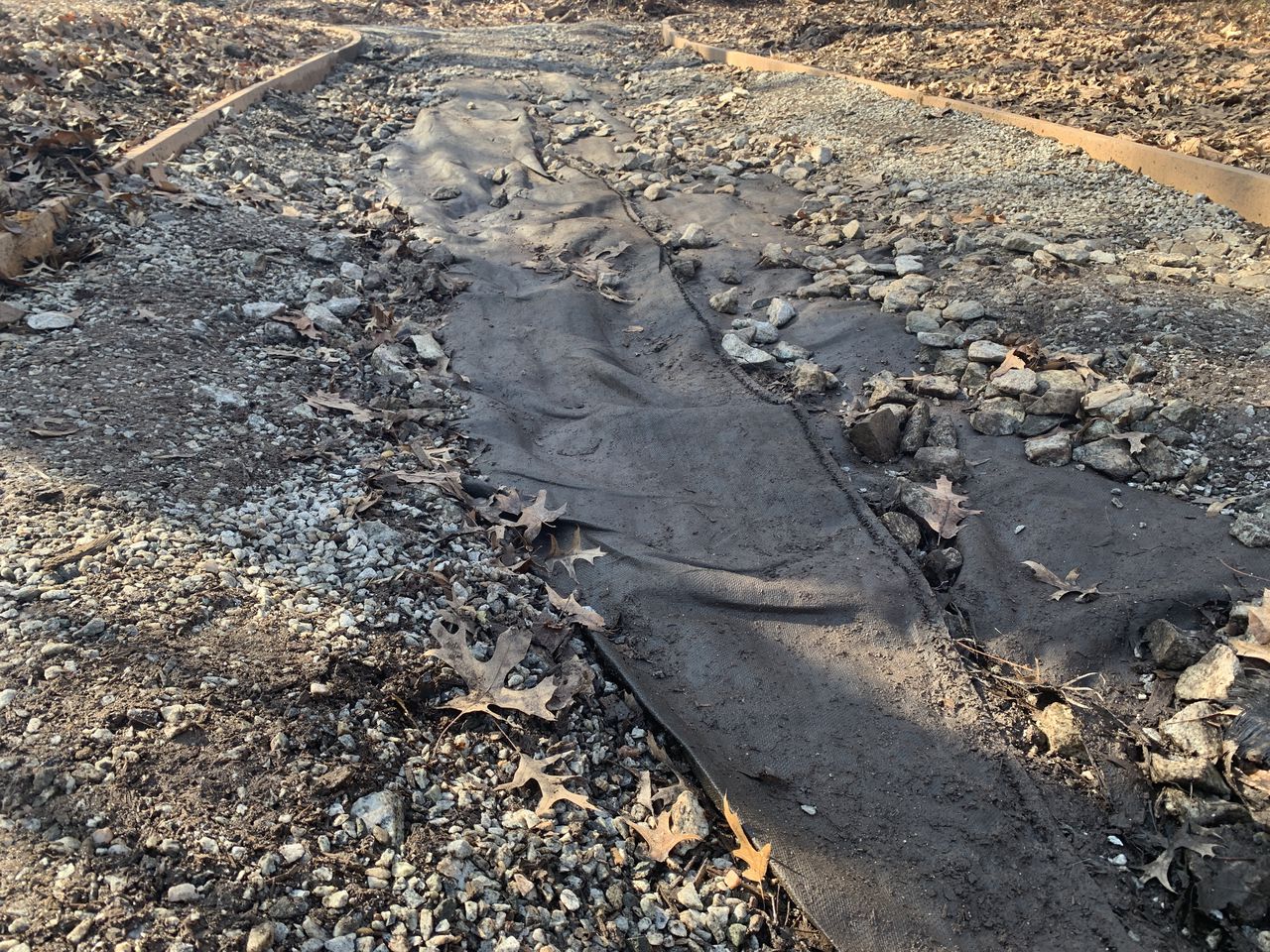 STATEN ISLAND, NY – Staten Islanders Jay Duskin and Bill Allert were instrumental in the creation of the 5km trail at Clove Lakes Park, and once again they are playing a key role in the trail’s restoration.

Duskin, a Sunnyside resident, alerted Advance/SILive.com to the dangerous and deteriorating condition of the 5K trail at Clove Lakes Park.

In September 2021, Tropical Storm Ida caused severe flooding on Staten Island, dropping nearly nine inches of rain in some parts of the county. Because the 5km trail is unpaved — instead, it’s made up of layers of dirt, large rocks, and smaller rocks over a base of geotechnical fabric — the significant rainfall and severe flooding have destroyed parts of the trail and damaged sections.

Duskin and Allert asked the City Parks Department to have the trail restored, but the department said there was no equity funding for a full restoration of the trail.

Unwilling to take no for an answer and risk injuring someone along the way, Duskin and Allert worked with the Parks Authority, Rep. Mike Cusick and District President Vito Fossella.

A compromise has been reached, but it will take a whole village.

The Parks Department said it would prepare and provide the materials and tools needed — such as gravel, rocks, wheelbarrows, etc. — but was unable to provide labor to restore the trail.

This is where the village comes in – volunteers are needed to help Duskin and Allert restore the trail.

“The running community on Staten Island is a village. Let’s put the 5K back together,” Duskin said. “Without us it doesn’t work”

On August 2nd and 6th, the volunteers will meet in the parking lot at the Stone House Restaurant in Clove Lakes Park between 10am and 12pm. The work is concentrated on the most severely damaged sections of track.

Parks Authority spokeswoman Megan Moriarty said the department is very happy to be working with the volunteers to restore parts of the trail. “We thank the district president, assembly member and local running groups for recruiting volunteers for this project,” Moriarty said.

“County President Fossella and I have worked closely with the Parks Department to develop a plan to restore the Clove Lakes 5K Trail to a usable condition. We will work with volunteers to replace the rocks and wood chips washed away by Hurricane Ida, and we encourage community members to support our efforts. We are very grateful to the running community for their work in raising awareness of this issue and to the Parks Department for providing the replacement materials and resources needed to restore the trail,” said Cusick.

Fossella said he’s pleased that everyone involved was able to reach an agreement that works for everyone.

“The 5K trails are important to runners and other visitors to Clove Lakes Park, and we support efforts by the parks, the running community and local volunteers to fix them. We hope this can become a permanent solution. It’s good to see the community getting involved. We will be monitoring this work closely now and for years to come,” Fossella said.