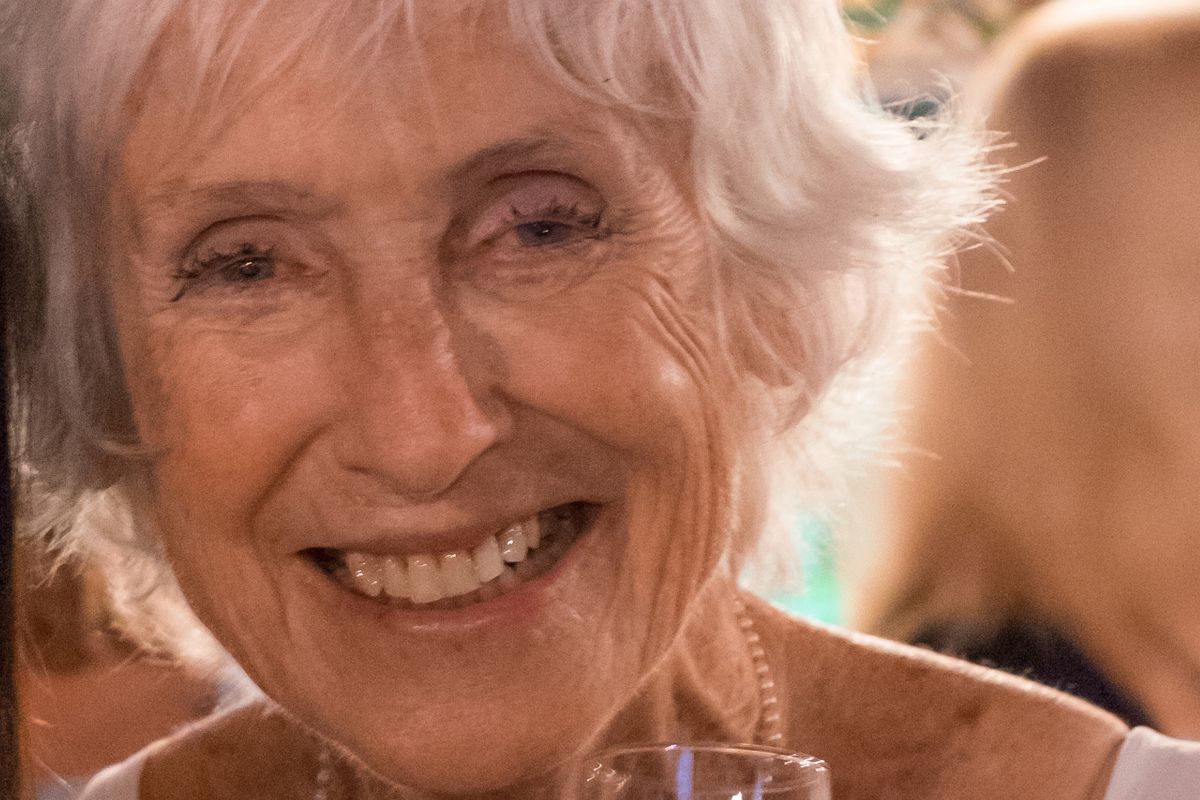 Jane Desjardins was the main artist in our artistic family, she showed us how to appreciate the details of life. She taught us to look at things differently, to be bold, and to love deeply and without apologies.

When she was a young child during World War II, Jane’s father served in the British military and the Allan family traveled to several countries in the Far East to avoid capture by the enemy. She told tales of fighter jets darting out of the night sky, sleeping in culverts with her mother and younger sister, leaving everything behind, including the family’s beloved pets. They lived in Singapore, in India (on a tea plantation) and then in Australia before they met again and returned to the UK

At age 27, Jane left to explore Canada, arriving in the port of Montreal in June 1962. Later that year, her paths crossed the tall, handsome Pierre Desjardins when she was leaving a party. Before she managed to get out the door, he got her phone number.

Two weeks later, after a hurricane, Pierre proposed. She paused, accepted and then revealed that she was 28 years old, not 27 like she had previously told him! They married in April 1963. Jane’s plans had changed, she stayed in Canada some 60 years longer than originally planned.

Pierre and Jane sailed the world, living in dark and beautiful bays, often in distant lands. They had two children, André and Claire, with whom they shared a love of adventure and only returned to Canada for the compulsory school year.

In 1962, Pierre and a friend bought vacant land in Vermont. In 1965 Jane and Pierre built a small cedar bungalow on it and the family spent weekends and summers there when not sailing. As the only teenager around, Jane encouraged her children to create their own fun: drawing and painting, planting moss gardens, meeting the dairy farmers (and their cows), and teaching them how to fish and pick mushrooms.

Throughout her life, Jane made friends wherever she went. Her family got used to waiting for her while she conversed with strangers on the bus, on the subway, at the grocery store… She was interested in everyone’s story and had a gift for making people talk – even if they were unknowingly arrived at the wrong party. Jane met the guests while awaiting her husband’s arrival, but it turned out she mingled at a party down the street from where she was expected.

Coming from a long line of artists, Jane always had her sketchbook and chronicled the entirety of her travels and life experiences. She observed the world through the lens of her artistic eye and translated it into her painting. She has had a number of exhibitions in Canada, the United States and France. In 2006, she received a Lieutenant Governor’s Award for her art, one of several awards she received during her lifetime.

She gave art workshops to children and adults and immediate family members, all of whom later became artists (including Pierre, the insurance salesman).

In her 80s, Jane suffered from Alzheimer’s and stage 1 bladder cancer. She expressed great disbelief at both diagnoses, suggesting the doctors must surely be wrong. Most of the time, she couldn’t imagine her head moving on, although her family was aware of it.

During the pandemic, Jane wrote about her adventures and traveled through her words to relive her childhood memories. Despite failing health, she kept up with her walks around the neighborhood. Meeting new people and observing the world around them gave her the stories she needed to keep her busy. She persevered through Montreal’s brutal winters and made sure to get outside every day.

Jane was gentle, kind and creative. She deeply touched the lives of others and never lost her courage until the end.

To submit a Lives Lives: lives@globeandmail.com