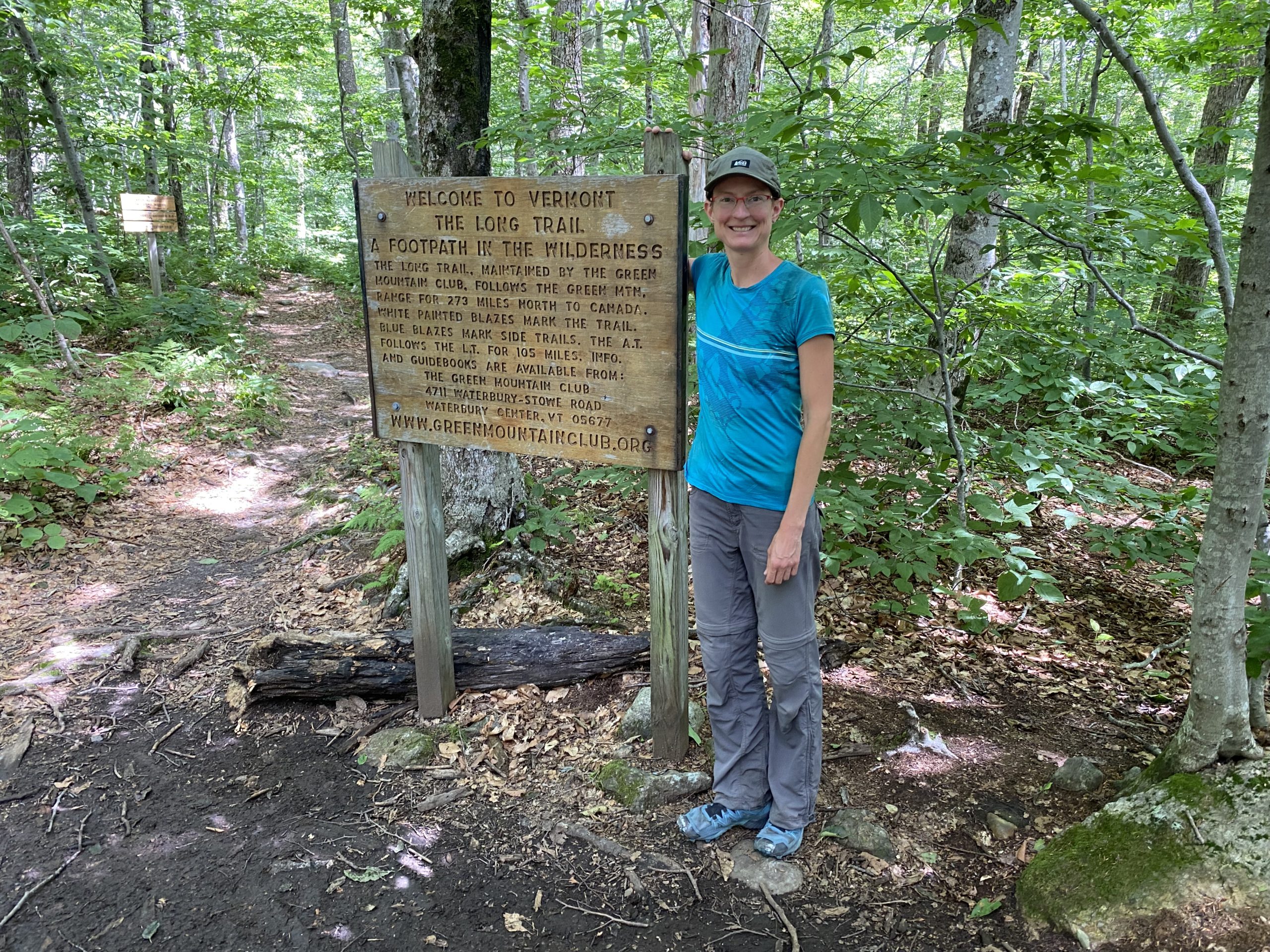 As I stuck my head out of my tent, I saw that Lt. Dinglebeary had returned! He and his girlfriend Cam arrived in the early hours of the morning. First, Dinglebeary fell behind due to a foot injury and then went off the track for a friend’s wedding. He jumped ahead to finish the trail with us but will return to hike the miles he skipped.

The others were already gone when Cam offered to grab Sonic, Dinglebeary and myself. It was fun! I felt so light and springy with just snacks, my phone, water, a pole and my rain jacket. We were moving faster than usual and got light rain a couple of times. After nine miles the trail passed through the town of Dalton.

The three of us met Serendipity and All The Way at a Coffee & Juice Shop. We got drinks and then met Cam at a burrito place. To reduce pack weight, I ate a backpacking meal while the others ordered food. I helped them with their chips. Hobble – It was a hike to the next town to hop forward a pair of shoes.

I met up again with my backpack for the next ~9 miles to Cheshire. The path wandered through the city, returned to the forest and climbed a mountain. I had just finished filtering water from a small stream when it rained cats and dogs. Splashing through puddles and encountering a newt put a smile on my face. The little newt stumbled a foot and landed on its back, but quickly righted itself. I made sure it was ok before proceeding. The rain stopped after a few miles and I slowly went from wet to soggy.

We met Hobble-It at Father Tom Hiker’s campsite in Cheshire. It was a great site with grassy grounds, picnic tables, cargo, delicious water, and clean port-a-potties. A friendly man named the Polish Hermit brought a basket of snacks from which we each chose. I caught up with Sir Elton, who I hadn’t seen before I got my trail name.

When I woke up, my rainfly was heavily condensed with moisture. I rolled the bow tie into my backpack sleeve and buckled it under the brain of my backpack. Hobble-It, Serendipity and All The Way started early. I accompanied Sonic & Dinglebeary on a gas station detour. We got snacks and I caught Pokemon.

The path climbed gently to the summit of Mt Greylock. I enjoyed the tranquil woods, lush with ferns and the occasional stream. A mile from the summit I bumped into Trail Magic, a man named Bacon Wrap and his dog Hannah. He was chatty and had great snacks. I put my rain fly out to dry and hung it for 30-45 minutes.

Mt. Greylock (3,491 feet) is the highest peak in Massachusetts. It is crowned by an impressive war memorial. I hung out upstairs eating my lunch, drying my groundsheet and chatting with a day hiker named Derrick. I met him and his dog Hermes on the last summit attempt. He climbs the high points of the state of New England. 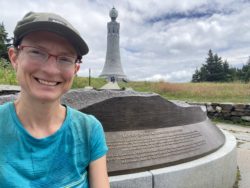 At this point I had dawdled enough so I headed down the mountain to meet my hiking family. We spent the night in Williamstown. Sonic, Dinglebeary, Hobble-It and I shared a room at The Willows. All The Way stayed at the same motel while Serendipity stayed at her friend Tasha’s. I went to a Greek restaurant with All The Way for take out while the others got Thai take out. We all had dinner together on Tasha’s back deck, which was walking distance from our motel.

Willows had an excellent continental breakfast with lots of fresh fruit, nuts and plain Greek yogurt. We ate and chatted with a south bounder named Early Bird. He gave us tips on the White Mountains and other terrain ahead. After that, the motel attendant took us back to the trail. 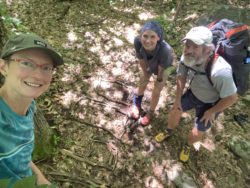 It took three miles to walk to reach the 1600 mile mark. Then, about a mile later, we reached the Vermont border. Woohoo, another state I’ve never been in and would love to explore! We had fun taking pictures of each other jumping in the air at the sign. Then we took a group photo (without Dinglebeary who was in front) and stopped for a snack. 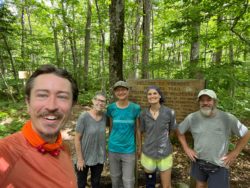 The afternoon alternated with ups and downs. Ferns adorned the forest floor and I passed several beaver ponds. I ate part of my lunch walking and part with Sonic and Hobble-It in an open spot under power lines. We jumped around each other and most of us mistakenly walked down a street (less than 0.1 mile for me). I stopped several times to filter water.

Our destination was Melville N. Shelter, but a South Bounder told Serendipity & Dinglebeary that a confrontational man was burning trash there. We decided to camp just before the property in a hidden spot near Route 9. A babbling brook drowned out the occasional car noise.

I woke up at 5am and was out by 6am. My motivation was to reach camp before the afternoon thunderstorms hit. The trail climbed immediately, but not as steeply as I expected. A light rain fell several times so I put on my backpack cover but not my rain jacket. I met Hobble-It and we walked and talked together. At Little Pond Lookout we stopped for a snack and I caught a colorful Pokémon.

The trail climbed all morning to the top of Glastenbury Mountain. Our tram, minus Sonic, arrived around the same time and stopped for lunch. There was a lookout tower and I climbed it with Serendipity. It was an amazing view! The tower rose above a vast sea of ​​pine treetops. In the distance I saw a few lakes and blue mountains. 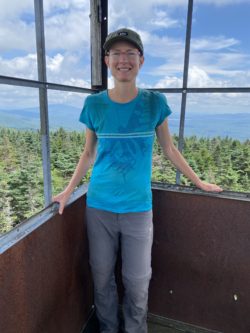 After lunch I hiked with Hobble-It and All The Way. We reached the Story Spring shelter just as thunder rumbled and the sky darkened. There was spatter as the three of us quickly set up our structures. Dinglebeary helped Hobble-It and Serendipity checked my progress. I climbed in just before a heavy downpour. Poor Sonic got soaked but arrived in good spirits. When the rain stopped, I left my tent for water and a quick chat, then retreated to the dry coziness inside.

This site contains affiliate links, which means The Trek may receive a percentage of any product or service that you purchase through the links in the articles or ads. The buyer pays the same price as usual and your purchase helps support The Trek’s ongoing goal of providing you with quality backpacking advice and information. Thank you for your support!

To learn more, please visit the About This Website page.