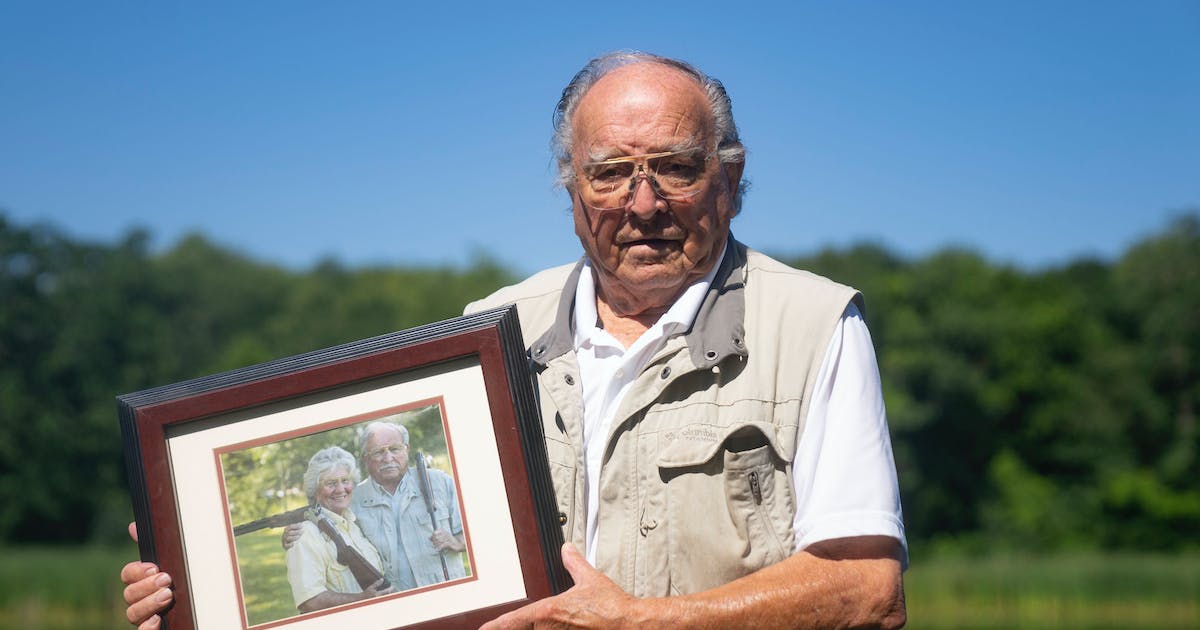 Chuck Delaney is 88 years old and working as hard as ever. He eagerly awaits the opening of Game Fair on Friday for a six-day run over two long weekends, August 12-14 and August 19-21.

Chuck has been in showbiz for more than six decades and is the owner and sponsor of Game Fair, an outdoor festival now in its 41st year on the grounds of his Armstrong Ranch Kennels in Anoka, specifically Ramsey.

The fact that Game Fair is taking place at all this year is a testament to Chuck’s dual desire to honor commitments to the show’s exhibitors and to once again welcome the thousands of outdoor enthusiasts who see the gala as a harbinger of fall.

He might as well have canceled the show, and there have been times after the death of his wife Loral I last September that he’s thought about it.

The two had been inseparable since meeting at an outdoor show in Chicago promoted by Chuck in 1960, until she died of breast cancer at the age of 83.

They hunted together, often with a dozen dogs in tow. They shot competitive traps and traveled the world together – they were four-time husband-and-wife national champions. And for almost 62 years they lived together in the house at Armstrong Ranch where Loral I was born.

“I’m the lucky one,” Chuck would say.

Raised on her parents’ ranch, hunting ground, kennel, mink and fox farm, Loral I learned to shoot and train Labrador Retrievers as a young girl. At age 5, she headlined her first canine performance at the Northwest sports show in Minneapolis, and throughout her teenage years and for years afterward, she traveled from Madison Square Garden to Los Angeles with her dogs for performances that, according to one reviewer, “brought down became the house.”

Loral I, a sort of animal whisperer, once trained a black bear, a Chesapeake Bay Retriever, and a Golden Retriever to ride with her on a surfboard pulled by a boat.

As a trapper, she gained even more recognition around the world.

Loral I. was named to every All-American trapshooting team but one from 1966 to 1981. Also, Loral I won the Women’s World Aviation Championship four times and shot on the US Women’s Trapshooting Team before women’s traps were included in the Olympics.

Before meeting Loral I, Chuck, a native Californian, served with the US Army in Korea and was apprenticed in the sports show business to the late Warner Buck, a veteran in the field.

A born promoter, Chuck later owned sports and vacation shows in Chicago, Detroit, Fort Worth and Las Vegas before selling the businesses in 1980.

Looking for a new challenge, he and Loral I traveled to the UK a year later to attend the UK’s Game Fair, a summer festival celebrating the country and sporting life in rural England, Wales, Ireland and Scotland.

“The show was outdoors,” Chuck recently recalled. “People brought their dogs and there was a lot of shooting events as well as exhibitors, falconers, artists and craftsmen. It was a great event and very enjoyable.”

One version of the show, Chuck thought, could be successfully replicated in Minnesota. I agreed. After all, as adept at sports as she was, she was just as accomplished as a performer and well understood the demographic of hunters, anglers, campers, hikers, and outdoor enthusiasts.

Such was the case in 1982 when Chuck and Loral I and their then partner, the late Ray Ostrom, hosted the first Game Fair with just 17 exhibitors (280 will be at Game Fair this year).

Her plan was to host an outdoor show at Armstrong Ranch that would welcome guests to bring their dogs and shotguns and encourage them on the grounds to shoot challenging shotgun games and compete with their dogs for fun and prizes.

“We all bought the same [clay-throwing] Traps that were used at Game Fair in England and had them sent to us,” Chuck said. “They were used by Loral I to build the first US clay court in Game Fair’s first year.”

To generate excitement—and publicity—for the new shooting game, Chuck and Loral I offered a championship open to anyone willing to pay the $250 entry fee.

And the winner was…

It’s been that way for the last 40 years as Chuck and Loral brainstormed—often over their kitchen table—to improve the next Game Fair and the one after that. On their days away from the ranch, they rode their horses, trained their dogs, and traveled to Morocco, Spain, Mexico, and other exotic locations to shoot competitive trap.

Then, last September, just after the greatest games fair of all time, Loral I died.

In the weeks that followed, Chuck searched for a reason to keep going. But every morning, as he sat at his kitchen table and stared at the empty chair Loral I was sitting in, he couldn’t see a clear way forward.

His daughter Sherry was an important touchstone, as were other family members and friends, including Sherry’s husband Eric, who runs the kennel; and Chuck’s three grandchildren, Chandra Twede, Ana Miller and John Miller.

Over time, Chuck found solace in the same work he always did, organizing shows.

“I ended up making the decision to keep Game Fair going because I think it’s an important gathering for Minnesota outdoor folks,” he said. “And because it allows me to focus on something other than the loss of Loral I.”