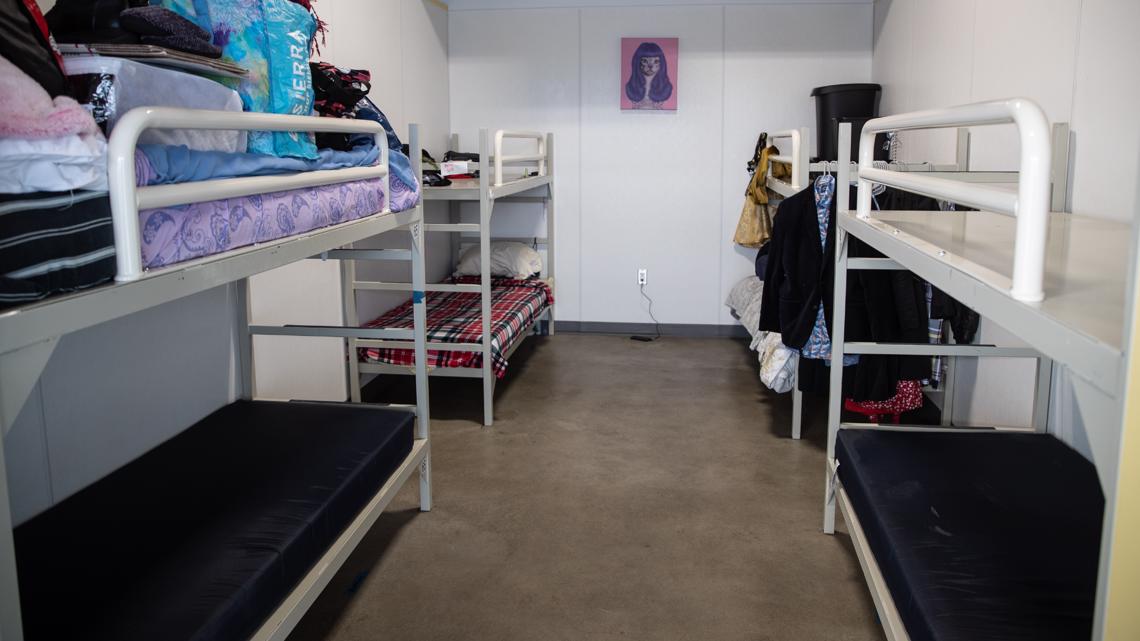 Advocates have pushed for increasing the supply of shelters for the homeless in Portland. Existing accommodations are not full.

PORTLAND, Oregon — Despite a record number of people living in tents and RVs across Portland, hundreds of the city’s shelters and beds remain unused.

According to data from the Joint Office of Homeless Services, Multnomah County’s publicly funded shelters were 81% occupied in June. The county has a total of 1,402 shelters, which means there are approximately 264 spaces available each night.

“I don’t want to go to an animal shelter,” explained Dave Cooper, a homeless Portlander who sleeps outdoors in southeast Portland’s Sewallcrest Park or other public places.

Cooper said shelters are not a viable option due to concerns about privacy, personal safety and a strict lockdown.

“I couldn’t do this,” Cooper said, sitting next to a shopping cart filled with his sleeping bag and other belongings. “Being out here is freedom.”

Arbor Lodge Shelter, operated from a former Rite Aid in North Portland, had an occupancy rate of 64%, meaning 25 out of 70 units were unused.

“Ideally, we want the shelters to be 100% occupied. We also recognize that this will not be average,” said Shannon Singleton, interim director of the Joint Office of Homeless Services.

Some beds could be empty because they were reserved for the night and the person didn’t show up, Singleton said. Many accommodations work with a reservation system, similar to a restaurant or hotel.

“This system means that if someone is put on a waiting list, they are assigned a bed. We give them time to show themselves. There will be nights when someone will be assigned a bed but they might not show up,” she said.

For many years, homeless shelters required people to queue for a bed on a first-come, first-served basis each night. That system was discontinued because it was deemed unjust and unfair, Singleton said.

“A lot of people who were more vulnerable, maybe had disabilities, didn’t get a bed because they weren’t able to get to the front of the line,” she said.

Many people affected by homelessness have expressed skepticism about the shelters.

“I haven’t been to a shelter since a warm shelter four years ago when it snowed so hard,” said Timothy Varner, who has been sleeping outside in Portland for 15 years.

“I prefer to be outside because it allows me to get up and move around,” Varner said while resting on the grass at Sewallcrest Park. “I can sleep in a nice area.”

A 2019 survey of 180 Oregon homeless people, conducted as part of an Oregon Statewide Shelter Study by Oregon Housing and Community Services, found that the top barriers to using shelters were personal security and privacy concerns, and restrictive check-in and check-out times and overcrowding and unsanitary conditions.

A 2017 KGW investigation titled “Tent City, USA” found similar concerns, including concerns about shelter conditions and rules. A KGW survey of 100 people living in tents in Portland found that 89% would rather stay in a tent than in a shelter.

Michael Brunner’s sprawling tent camp is located adjacent to Edwards Elementary in southeast Portland. The 54-year-old Portlander said he prefers to live outdoors, even during the cold, wet winter months.

“I think shelter is too temporary and there are too many incentives. I am high functioning autistic. I just couldn’t. It’s not for me It’s too busy,” he said.

Nationwide, the number of shelter beds remained relatively flat between 2020 and 2021, although occupancy rates declined. According to a report by the U.S. Department of Housing and Urban Development, 73% of shelter beds were occupied in 2021, up from 82% in 2020.

Community leaders and advocates have pushed to increase the supply of emergency shelters for the homeless in Portland.

In June, Multnomah County approved a $3 billion budget for fiscal 2023, including $130 million for emergency housing and outreach to support over 2,000 beds of year-round adult shelters.

Advocates admit that creating more shelter beds doesn’t automatically mean people will use them. Instead, the government and nonprofits that run the shelters need to make them more accommodating. Many animal shelters allow pets, allow residents to stay longer, and let them store their belongings securely during the day.

Instead of large rooms where people sleep on cots or mats, many congregation accommodations now have rooms separated by private bay windows, offering rooms such as kitchens, bathrooms, and laundry rooms.

Multnomah County also has a variety of alternative accommodations, including private sleeping pods.

The Kenton Women’s Village offers small sleeping pods – each about the size of a household shed – for 20 women. The village provides a kitchen and showers, water delivery and garbage collection, access to legal and financial services, and mental and physical health care.

In June, 4 out of 16 units at the Kenton Women’s Village were occupied or 25% occupied.

“I just think if they focused more on prevention rather than post – what do we do now, that might change. That’s the only way he can turn around,” said Brunner in front of his tent.

Housing advocates agree that shelter is just one piece of the puzzle to curbing homelessness.

“I think that’s the goal over time. It’s a system that’s much more about keeping people in their affordable housing and our protection system should start shrinking,” Singleton said. “We’re just not at that point.”