The National Railway Museum’s controversial proposals for a new central concourse were approved – after a sharp vote.

Planning Committee Chair Cllr Chris Cullwick used his casting vote after a four-hour discussion of NRM’s plans to unite the two halves of the museum with a rotunda.

The plan has met with considerable opposition from local residents, as Leeman Road – a direct 24-hour link to and from the city center for around 4,000 people – will be closed.

The motion was shelved at a meeting last month to carry out an equality impact assessment after some council members raised concerns about the impact on people with disabilities.

This assessment was described by disability rights activist Flick Williams as “a hasty desktop exercise” while access specialist Helen Kane described it as “serious shortcomings”.

Local residents can only pass through the museum during opening hours, have to queue at peak times and bags may be searched.

Before Leeman Road is closed, an alternative route around the museum that is around 400 meters longer must be set up.

Paul Clarke, a director of the St Peter’s Quarter Residents’ Association, said: “The applicant has ignored the views of local residents at every step and has put its own commercial interests first.”

Holgate Councilor Kallum Taylor added: “These plans remove the only route that is direct and always available to residents.”

She explained that other designs, including underpasses, bridges and 24-hour routes through the concourse, had been rejected at earlier stages because they were either unpopular with the public or raised safety concerns with police. 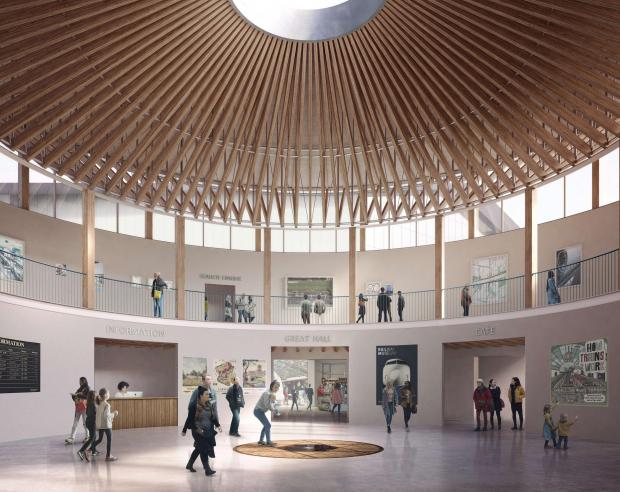 Planning consultant Janet O’Neill said: “You can never make everyone happy. There is a conflict between what the residents want and what the museum wants… to say no stone was left unturned is no exaggeration.”

While some council members said they could see no legal reason not to support the motion, some expressed disappointment that a 24/7 access solution had not been found and felt the process had tarnished the NRM’s reputation .

Cllr Michael Pavlovic said: “I cannot, as a human being and as a planning committee member, support a design that effectively sells people with certain protected characteristics down the river.”

Cllr Rosier Baker said: “I feel very uncomfortable supporting the museum in pursuing a plan that many people are very afraid of.”

Cllr Stephen Fenton added: “There are impacts – I don’t think anyone is disputing that – but I don’t think it’s fair to say that work hasn’t been done to mitigate those impacts.”

Meanwhile, Cllr Katie Lomas said she could not support the motion because the museum’s opening hours and the availability of staff to help residents through the building could not be guaranteed.

Cllr Jonny Crawshaw, who had to leave early for personal reasons, suggested he probably voted against. The NRM motion was supposed to be discussed first on the agenda but was later moved to the last item.

Cllr Crawshaw said he felt “sick” at not being able to attend and said he was “deeply unhappy” at the rearrangement of the meeting.

Rachel Melly, Holgate Councilor, said after the meeting: “This decision comes as a huge blow to local residents. This development will disproportionately affect the mobility options for disabled people, women, children, pedestrians and cyclists in everyday life.

“It will also increase the parking pressure and congestion issues that are already affecting the local community.

“Once again, local residents have been treated as collateral damage to the museum’s private ambitions. We continue to urge NRM to work meaningfully with the local community to develop plans that are less harmful.”